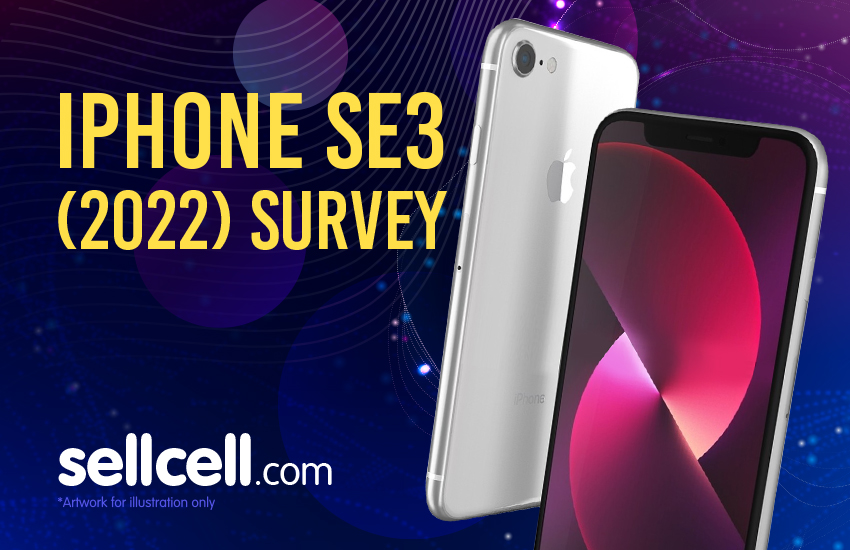 The iPhone SE 3 is reportedly due for a 2022 relaunch, with Apple fans and experts alike predicting that the smartphone giant will launch the device in its forthcoming Apple Event, taking place on March 8th. This will be the first SE release in two years, and pundits are suggesting we’ll see a new iPad and a new Mac alongside the SE 3.

In terms of aesthetics, we’re expecting the SE 3 to follow a similar form factor to that of previous editions, with compact sizing at the forefront of the handset’s design. We may also see the physical home button on the face of the device, as Apple returns to its retro roots with the SE 3; an important consideration for some.

Besides this, we’re probably also going to see a similar budget-busting price tag, with the iPhone SE coming in at an incredibly reasonable price of $400. Those looking to invest in the Apple ecosystem without spending a small fortune will find the SE is an excellent entry point.

Make no mistake, this is a hotly anticipated handset from Apple. The 2020 SE launched in 2020 to similar hype, which was good enough to see it claim almost 25% of all iPhone sales. This is no mean feat, considering some see the SE as lacking the technical chops of its beefier (and more expensive) siblings.

With that in mind, how are things looking in terms of purchase intent? SellCell has conducted a survey among current iPhone users to assert just how many of them intend to buy the iPhone SE when Apple launches the device. Let’s look at the data.

SellCell conducted a survey among adult iPhone users who use their iPhone every day as their primary device. Let’s see what the 2549 respondents had to say.

As the data above shows, just over 40% of the 2549 respondents intend to buy the SE 3 for themselves or for someone else, with 1037 people answering in the affirmative.

This might seem like a high figure, but it is important to drive home the point here that not all 1037 people are buying the new Apple device for themselves. We can break this down further…

SellCell asked these 1037 respondents who they intend to buy the iPhone SE 3 for. 1036 of them responded, and of these, 59.5% of them stated it would be for themselves as a primary device. This leaves us with 40.5% of respondents who have totally different intentions for the SE 3.

9.2% of the respondents will buy the handset for themselves, but not for use as a primary device, i.e. it won’t be their main handset. 4.5% of those who answered this question will be giving the device to parents or grandparents.

SellCell then asked why those upgrading wanted to invest in the iPhone SE 3 2022 model. As you can see, the figures speak for themselves, as 29.4% of the 1033 respondents to this question firmly have price as their primary concern.

25.5% of those who answered said this was so they could upgrade to the SE 3 from their existing, older smartphone. This makes sense; a lot of those who bought the previous SE model in 2020 will now be due to upgrade as they near the end of a 24-month contract.

15.2% want 5G, which the SE 3 offers at an affordable cost, along with the other refined features you get with Apple products. In fact, there are three feature-based reasons why users will buy the SE 3. 5G, as mentioned, the compact size (typical of the SE models), and the back-to-the-roots home button which will feature Touch ID.

As we can see from the data illustrated above, most respondents who aren’t upgrading cite satisfaction with their current iPhone as the reason they don’t want to move to the SE 3. 66.2% of people not buying an SE 3 say this is why.

15.7% of those who aren’t buying the SE 3 say it is because they’re not due an upgrade, indicating that the intention to invest in the SE 3 would be there if they had reached the end of their contract.

An optimistic 9.3% of respondents not taking the SE3 are holding fire for the iPhone 14, which we’ll probably see in September.

Features come under fire, too, as 4.1% of respondents think the compact SE 3 is too small. 3.0% don’t find the technical specs exciting enough, but then we should expect that with a low-cost handset; you’re not going to get the same features as a 13 Pro Max.

1.7% of those who aren’t going for an SE 3 are making the jump to Android. However, before anyone get’s too excited, we don’t know how many people are likely to defect from mid-range Android smartphones in favor of Apple’s new offering, yet. That figure may outweigh this 1.7% by quite a substantial degree.

Given that so many intend to upgrade to the iPhone SE 3, it is prudent to see what users have in store for their existing iPhones. SellCell’s survey has plenty to tell us.

As we can see from the chart above, the iPhone 11 is the iPhone existing users will trade in when they buy the SE 3. They account for 11.5% of the 1037 respondents. The iPhone XR is next up, with a 6.8% share of the trade-in intention.

Perhaps a little surprisingly, we also have the iPhone 12 and 13 Pro Max appearing in the top ten, above. Particularly the 13 Pro Max, as this smartphone is still very new. However, let’s not forget that 1% of respondents are trading down to a less expensive model to save money. These are Apple’s two most expensive handsets, so it makes a modicum of sense.

What Do These Figures Tell Us?

That remains for us to see. However, given the performance of Apple’s previous iPhone SE in 2020, and the purchase intention surrounding the 2022 device, it seems like Apple could be onto a winner with the forthcoming iPhone SE 3.

SellCell predicts that this will be a successful launch for Apple. With an incredible price point, premium features like 5G and, potentially, an A15 chip, and that Apple mark of quality, alongside a very user-friendly UI and UX, could we see the SE 3 outstripping its siblings in the 13-series? Perhaps we could…

SellCell conducted an independent survey of 2549 adult US iPhone owners to ascertain iPhone SE 3 purchase intention and combine that with existing iPhone trade-in intention. The survey targeted iPhone owners who use their iPhone as their primary device. SellCell kept and recorded no identifying details from respondents.