HOW MANY MOBILE PHONES ARE SOLD EACH YEAR?

Find out how many mobile phones are sold each year, globally, and see phone sales statistics by country and brand.

Continue reading to see this data broken down by country and brand, along with the sources SellCell used to compile the data.

According to trend analyst Statista, there were a total of 1747.8 million mobile phones sold in 2021. This is an increase on the 2020 sales statistics, which shows that 1649.1 million mobile phones fell into the hands of new owners. However, the highest-selling year since 2009 was 2018, in which brands shipped 1820.4 million handsets worldwide.

Next, we look at data just for smartphones (i.e. not including feature phones). This data includes all smartphone brands in all countries.

2021 saw feature phone sales decline to a record low, with sales only reaching 237.5 million. While this might still seem a lot, it is nothing like the 1302.8 million feature phones sold in 2011. Since then, feature phone purchases have steadily decreased while the popularity of the smartphone has taken hold.

Total Number of Mobile Phones Sold Each Year by Country

Breaking the data down by country, we can see exactly how many smartphones sold in 2021, and where. We can also see historical sales data, by country, dating back to 2009. Data has been compiled from a variety of sources.

2021 sales data shows that China is the largest market when it comes to smartphone sales. An astounding 436.9 million of all mobile phones sold in 2021 ended up in the hands of Chinese consumers.

India follows with 209.0 million, and if you're wondering how many phones sold in the US in 2021, the answer is 136.8 million, making the US the third-largest territory for phone brands.

The 2021 figure shows sales reaching 27.5 million for the UK, an increase in UK phone sales compared to 2020, when brands sold 25.4 million phones.

How Many iPhones Does Apple Sell Each Year?

Of course, there are a lot of smartphone brands out there, but Apple's iPhone is the handset that retained the most post-sale value in 2021 and into 2022. Let's look at the data and see how many iPhones sold in 2021, and historically since 2007.

Statista's data analysis tells us that the number of iPhones sold in 2021 amounted to 242.0 million, marking a record-breaking year for the smartphone giant. 2020 saw sales of 196.9 million, while the previous highest-selling year for Apple was 2015, with 231.2 million iPhones leaving the shelves.

Total Number of Smartphones Sold Each Year by Manufacturer

To give a good picture of how many smartphones sold during 2021, and since 2007, we need to break it down into brands. Here, SellCell has taken global sales data for all smartphone manufacturers.

As you can see from the Statista data above, Samsung sold the most handsets in 2021, moving 272.0 million units. Apple follows a close second with 235.7 million iPhones, so 2022 could see the scales tipping in Apple's favor.

Xiaomi follows up in third position, selling 191.0 million handsets in 2021; the most aside from Samsung and Apple, making Xiaomi a real contender for the big two.

Looking back historically, we can see that RIM (now known as BlackBerry) and Nokia dominated the phone market back in 2007. However, the advent of the smartphone saw the demise of Nokia and BlackBerry's efforts, and both brands started falling from popularity in 2008, as Apple's notoriety grew.

Samsung's sales have remained strong, and the brand has taken the leading position sales-wise since 2011, when it sold 94.2 million. 2021 saw Samsung selling 272.0 million smartphones.

PR Enquiries: If you have any enquiries about the data presented on this page, please contact SellCell's COO, Sarah McConomy. 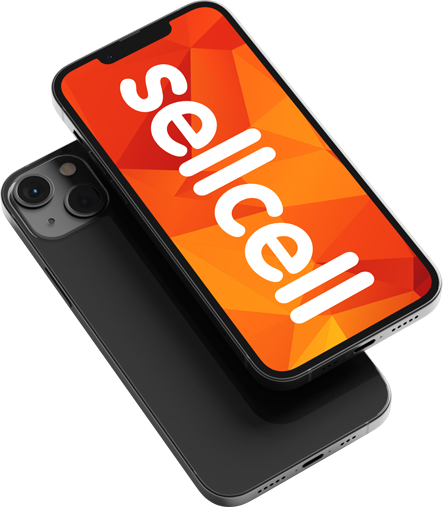 SellCell.com is the US' no.1 smartphone trading price comparison site, supporting the circular smartphone economy by encouraging the trade-in of used smartphones and the purchase of refurbished handsets.

SellCell has a pool of 45 trusted buyback and resale vendors, and as such has access to second-by-second data on the post-sale value of smartphones. This positions SellCell perfectly to provide analytical data on smartphone sales, smartphone values, and smartphone trends, alongside a wide range of other tech, including games consoles, smartwatches, and tablets.

Because of its position in the smartphone market, SellCell.com can advise customers on the best time to sell their smartphone to get the best value. Offering an all-in-one solution, SellCell can take the customer through the entire journey, from the initial valuation of their existing handset, to the receipt of their refurbished handset.

With the ability to lock prices in with one of SellCell's trusted buyback vendors, consumers can be safe in the knowledge that they're always going to get the best value when they sell a smartphone. This is why it offers a Best Price Guarantee, giving customers further peace of mind knowing that, if they find a better price elsewhere, SellCell will refund double the difference.

If you want to sell your phone or buy a refurbished smartphone, then see what SellCell.com can do for your wallet.

Head to SellCell's smartphone value calculator to find out exactly how much cash you'll get before you even think about selling your smartphone.

Once you've got a price, simply follow the instructions on SellCell.com's smartphone sales page, and lock in the best value while you can. Smartphone prices depreciate rapidly, so if you're thinking of selling your handset, don't hang about. Trade in with SellCell and get the best price for your smartphone, today!

Likewise, you can also use SellCell to see what its bank of trusted smartphone resellers has available to replace your old smartphone. Head to SellCell.com's buy a phone page to see what the refurbished market has to offer you (and save a fortune in the process).


The Best Place to Sell Your Phone!