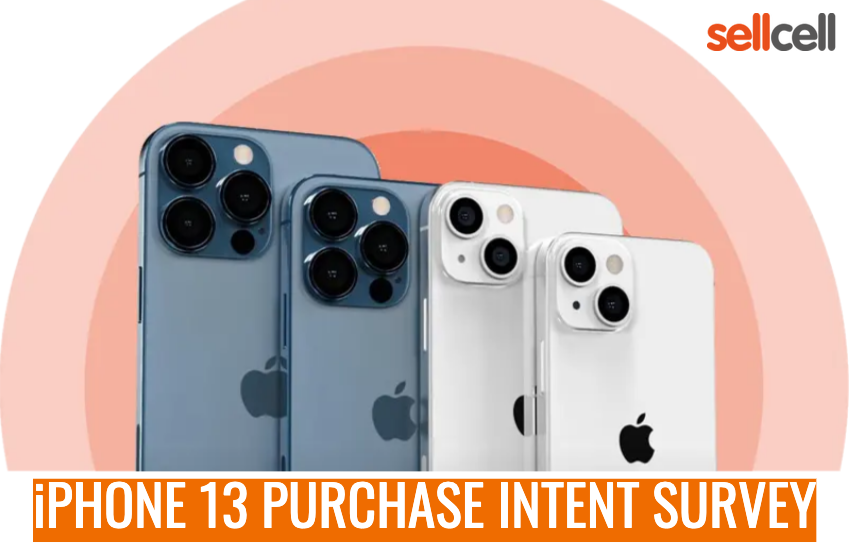 Apple is yet to announce a launch date for its 2021 iPhones, but several reliable reports already suggest they will most likely come out in September.

While a stream of leaks and rumors has given us a good idea of what to expect — including 120Hz display, faster A15 processor, and more storage options, there is still a whole lot that we don’t know about the upcoming iPhones — model name, for instance.

A recent SellCell survey revealed that one in five Apple users (18.3%) are triskaidekaphobic (fear of number ’13’) and that a whopping 74% would prefer a different name than iPhone 13 for next-gen iPhones.

And therefore, it will be interesting to see whether the firm would give in to the superstition and go for a different model name, although recent reports make this seem less likely.

Now, with just a month away from a potential launch, we surveyed iPhone users about their interest in the iPhone 13 lineup — or whatever Apple ends up calling them — and other upcoming Apple products, including Apple Watch Series 7 and AirPods 3, and here is what we found out.

Note: The survey included more than 3000 iPhone users, aged 18 years or older, based in the US.

We first asked the iPhone users to pick a rumored feature they are most excited to see in the upcoming iPhone 13, and the responses – in order of the votes received – were:

Nearly 44% intend to upgrade, with the standard 6.1-inch model being the most popular pick

Next, we asked the respondents whether they intend to upgrade to iPhone 13, and the results were:

As a follow-up question, we asked the potential buyers (respondents who answered ‘yes’ to buying iPhone 13) which of the four iPhone 13 models they would choose when they upgrade, and here is what we learned.

Interests in other upcoming Apple products

Besides the iPhone range, Apple may also refresh other product lines, including AirPods and Apple Watch, at the September event.

An upcoming Apple Watch — presumably called the Apple Watch Series 7 — is said to feature a new flat-edge design, a bigger battery capacity, and an additional optical sensor to monitor blood glucose levels, among other things.

Meanwhile, the AirPods 3, the long-overdue successor to the 2019 AirPods 2, is rumored to feature an AirPods Pro-like design, improved battery life, active noise cancellation, and spatial audio support, among other things.

With the new Apple Watch 7 and the AirPods 3 expected to go official alongside the iPhone 13, we asked the same set of respondents whether they would be interested in buying any of them if the rumors are true, and we found out.

And if the survey is any indication, the firm can expect an even higher demand for the upcoming iPhone lineup, as a whopping 43.7% expressed their interest in buying an iPhone 13.

Reports about the addition of an optical glucose sensor in the upcoming Apple Watch Series 7 appear to have piqued the interest among Apple users, as 27.3% responded they would purchase it if the rumor turns out to be true.

Surprisingly, a mere 12.9% of Apple users are interested in buying the AirPods 3, despite rumors about a new design, noise cancellation feature, spatial audio support, and more.

The motive of the survey was to collect responses from existing iPhone users regarding their intent to buy the iPhone 13 and other incoming Apple products, including Apple Watch Series 7 and AirPods 3.