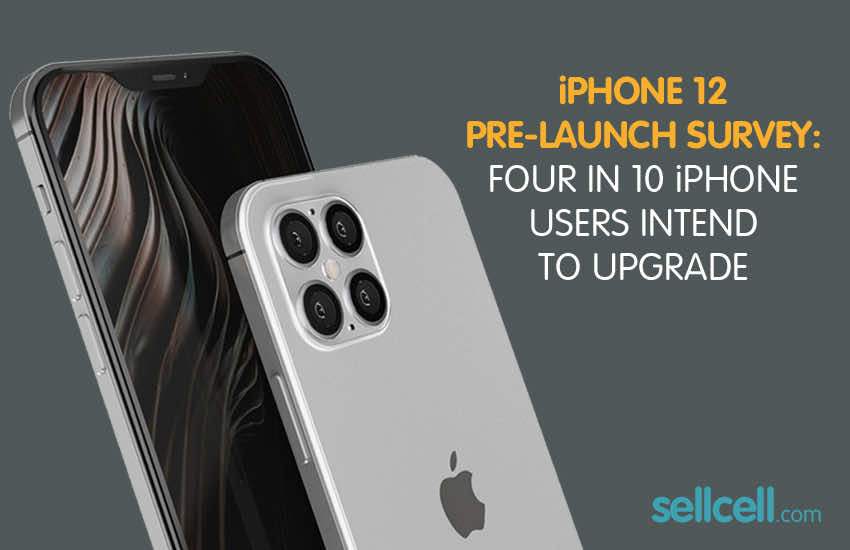 It’s that time of the year when Apple announces its latest range of flagship iPhones, and fans can’t wait to see what the firm has in store with the new lineup.

Apple officially announced their Apple Watch and iPad lineup on 15th September but were still tightlipped about when they are officially unveiling their new iPhone 12 range. However, at this point we already seem to know a lot about the upcoming series. With an overhauled design and a host of radical new features up its sleeve, the iPhone 12  series could be the biggest launch in years for Apple, according to analysts and enthusiasts  alike.

Apple is even ramping up the production of new iPhones to make sure there are at least 75 million units in stock ahead of the market release in anticipation of record demand for 5G  handsets.

With the iPhone 12 hype train in full swing ahead of a potential launch this fall, we asked more than 2,500 US-based iPhone users if they intend to upgrade, what features they look forward to, which model they would opt for, etc.

KEY TAKEAWAYS FROM THE SURVEY

5G CONNECTIVITY – #1 REASON FOR AN UPGRADE

What are the most important rumored features of the new iPhone 12 that would make you  want to upgrade? We asked this question to more than 2500 iPhone users, and here are the  results.

Note: Each respondent was allowed to select one or more than one option from the list.

The iPhone 12 series will mark Apple’s foray into the 5G smartphone market, and so we asked our survey takers just how important the 5G factor is when deciding whether to upgrade to the iPhone 12; and here’s what we found out:

FOUR IN 10 IPHONE USERS INTEND TO UPGRADE, WITH THE SMALLEST IPHONE BEING THE POPULAR PICK

The standard iPhone 12, albeit with a relatively larger screen, could take on an even smaller form factor than the iPhone SE (2020) thanks to the bezel-less design and higher aspect ratio (19:5:9 vs. 16:9).

With three screen options to choose from, we decided to check in with iPhone users to see which one they would opt for if they upgrade.

To check if the iPhone 12 series will live up to its hype, we sought responses from more than 2500 iPhone owners regarding their intent to purchase the upcoming models.

To those who answered ‘Yes’ to buying an iPhone 12, we asked which model they would buy when they upgrade, and here are the results.

Although 5G technology is still in its infancy, the survey reveals that a majority of consumers want their phones to be 5G-ready – to be future proof for what is coming in the next few years.

The survey also indicates that buyers’ needs are not aligned with what the smartphone industry is pushing with larger displays and extravagant pricing.

And if the survey is any indication, we should be seeing compact-sized affordable phones make a big comeback in the next few years.

With the iPhone 12 launch fast approaching, the next few days/weeks leading up to the unveil will be the last chance for users to get best prices for their old iPhones. The trade-in value of older models will diminish significantly following the release of the iPhone 12 lineup.

The report is based on a survey – conducted between September 2-7, 2020 – involving more than 2500 iPhone owners, aged 18 years or older, based in the United States.

The motive of the survey was to collect responses from existing iPhone users regarding their intent to upgrade to iPhone 12.

Please see a handy infographic that sumarizes all of the data: