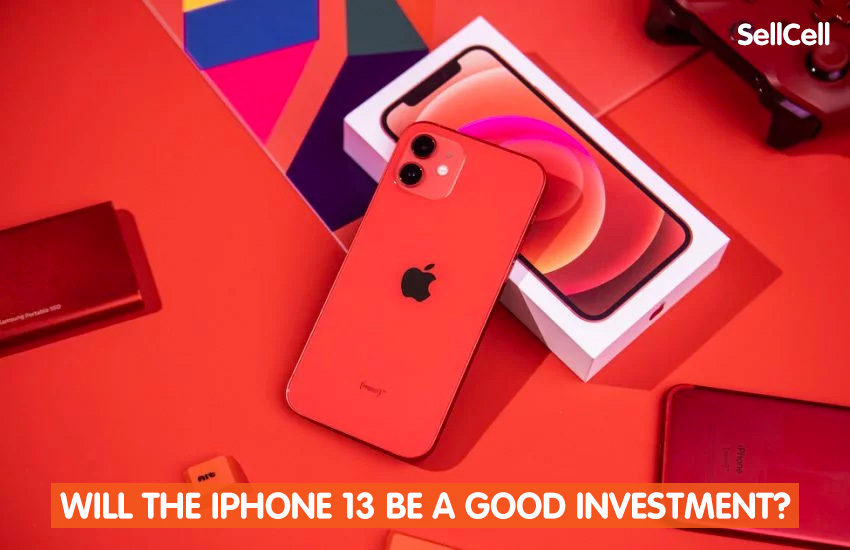 – The iPhone 12 range holds its value better than the iPhone 11 did.
– The iPhone 12, Mini, Pro and Pro Max have all seen value recovery, as opposed to further depreciation, by month six.
– Apple still reigns as the brand that retains most value, compared to other smartphone brands.

As September 2021 approaches, iPhone users are anticipating the launch of the next model in Apple’s line of flagship smartphones. Industry experts expect the iPhone 13 (to give it its assumed title) to debut around September 13th or 14th, with preorders on the 17th. This is likely to be courtesy of a major Apple launch event similar to those we have been privy to in the past.

So, what can we expect Apple to name each model? The same industry insiders suggest Apple will duplicate the iPhone 12’s nomenclature. Therefore, we’re likely to see an iPhone 13, iPhone 13 Mini, iPhone 13 Pro, and an iPhone 13 Pro Max.

However, cutting through the hype surrounding the forthcoming release, there is one pertinent question to ask. Is the iPhone 13 likely to be a sensible financial choice (vs other smartphones) as the iPhone 12 has proven itself to be?

To answer this question, reviewing the price depreciation of the iPhone 11 and iPhone 12 ranges is of utmost importance. If those lines have held their value well, and are currently still worth money to owners, this will point toward whether the iPhone 13 will be a wise move when September comes around.

SellCell has taken the iPhone 11 and 12 depreciation data, comparing the two to better understand whether the iPhone 13 is likely to retain its value and prove to be a strong asset for consumers.

As the above charts illustrate, the iPhone 11 saw a sharp increase in value lost since launch within one month of release. In fact, this is where we see the most dramatic percentage loss throughout the range’s life-cycle.

The iPhone 11 (256 GB model)—despite being the least expensive in this line of Apple smartphones—held its value best during this period, yielding a loss in value of only 31.7%.

Comparatively, the iPhone 11 Pro Max sees a depreciation 5.7% higher than the standard iPhone 11, over the same 21-month period. The iPhone 11 Pro is the worst performer, losing 56.9% of its value in the 21 months since launch.

So what do these figures look like it monetary terms? As the graphical data above shows, the standard iPhone 11 dropped from its MSRP of $849.00, down to a value of $432.00. While this is the lowest value after 24 months, it is also the lowest MSRP, meaning the handset held its value better than the other two iPhone 11 devices.

Interestingly, the standard iPhone 11 has dropped in value between 18-21 months, losing $38. This trend may continue as we reach the end of month 24, which should also mark the release of the iPhone 13. Could the iPhone 13 be the model to unsettle the iPhone 11’s relatively steady value retention? That remains to be seen.

The iPhone 12 range paints a similar picture to that of the iPhone 11. Apple released the iPhone 12 Pro Max, 12 Pro and 12 in October 2020 and then the iPhone 12 Mini followed shortly afterwards in November 2020. This marked a delay to the 12 month timeframe we would normally attribute to Apple’s iPhone release roster.

However, a global electronic component shortage and logistics issues haunted the entire tech industry during the 2020 COVID crisis. As a result, Apple delayed the release of its 12-series handsets.

Even so, the iPhone 12 handsets have retained their value very well during their six-month life-cycle. Each handset has performed better than its iPhone 11 equivalent.

Over the six months since release, each handset recovered value. The iPhone 12 Pro Max went from losing 49.2% in month one, to a reduction in loss amounting to 28.9%. This is a recovery of 20.3% of the handset’s initial MSRP.

This could be because, as we approach the release of the iPhone 13, we see increased demand for the iPhone 12 Pro Max, given that it is the highest spec phone in the 12 series.

This leads consumers (who are buying refurbished handsets) to take advantage of a good deal on a handset with the 12 Pro Max’s credentials; particularly as it is still retailing for $1,399.00 with Apple. Thus, as demand increases, so does the monetary value of the iPhone 12 Pro Max.

iPhone vs Other Smartphones

It isn’t just when facing its Apple predecessors that the iPhone 12 performs well. Adversaries have also lost out to the iPhone 12. The Samsung Galaxy S21 range has fared nowhere near as well as the iPhone 12 in terms of value retention.

The iPhone 12-series handsets hold significantly more value than the Galaxy S21 range, despite Samsung releasing its flagship phone series after Apple released the iPhone 12 models. Previous studies show that an iPhone 12 is holding its value by 20% more than the newly released S21.

The figures are equally grim for other brands, not just Apple’s chief rival Samsung. Android brand loyalty is falling, with many Android users across Google, Motorola, and (now defunct in the smartphone marketplace) LG consumers all look to switch to the Apple ecosystem.

Samsung still comes out of this smartphone war the most serious casualty, though, with 26% of its consumer base seeking to switch brand when they are due to upgrade. If this is around the time of the iPhone 13 release, it could see many of them jumping ship for Apple’s high-end devices.

Will the iPhone 13 Be a Smart Purchase Decision?

In reality, all phones are a poor investment as they depreciate and lose money. In terms of retaining value the iPhone 12 is a good purchase decision, even more so than the iPhone 11. The iPhone 13 should therefore also be a sound choice. However, we can explain this further.

Given that iPhones across the 11 and 12 series have retained more value than any other smartphone brand, it should be clear that the next iPhone in the series, the iPhone 13, will follow suit and also reserve value well.

Not only that, but the 12 series has seen better value retention than the previous iPhone 11 series over the same six-month period. If the 13 follows suit, then the 2021 Apple handset line may continue the trend started by the 2020 range of iPhones, showing greater value retention.

Apple devices in general hold their value incredibly well, so any iPhone model is going to be an excellent investment. They show the least depreciation across the entire smartphone market.

However, as we can see from the data above, Apple’s handsets experience a drop in value when a new model launches. With this in mind, consumers looking to sell an iPhone would be wise to do so prior to the release of the iPhone 13. Comparison websites such as SellCell can help in this instance.

SellCell gathered data relating to the value of the iPhone 11 and iPhone 12 smartphones. This data showed the value of each respective handset at launch and throughout its life-cycle. SellCell compared and contrasted this data in order to see depreciation trends across the 11 and 12-series devices, and ascertain whether the forthcoming iPhone 13 would prove to be a good investment for consumers based on these trends.