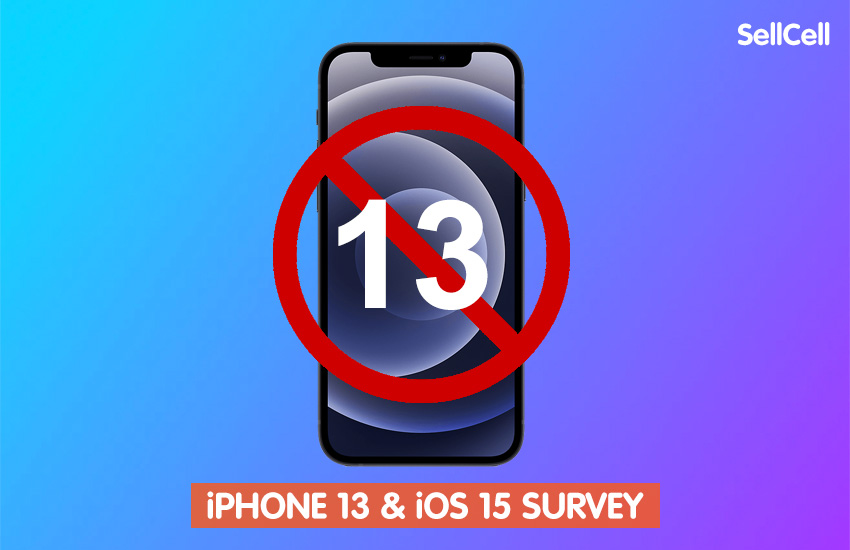 74% think next-gen iPhone should be named something else

SharePlay for sharing media over FaceTime calls, LiveText that extracts text from images, FaceTime support for non-Apple devices through link sharing, and an upgraded Wallet app for storing ID cards are among some of the new features.

While beta testing of the new software versions has already begun, the final stable build won’t reach the users until sometime in the fall, which will coincide with the launch of next-gen iPhones.

With only three months to go until then, we did a follow-up to our previous survey to gauge user opinion on Apple’s upcoming iPhones and software releases.

Triskaidekaphobia: 74% would prefer a different name than iPhone 13:

As the number ’13’ is considered unlucky in many cultures, we asked more than 3000 Apple users whether superstition would stop them from buying an iPhone 13, and the responses were:

As a follow-up, we asked the respondents to pick a name that they think best suits the upcoming iPhone lineup, and here are the results:

64% would rather wait for 2021 iPhones to launch before considering an upgrade:

“If you are considering upgrading from an older iPhone, would you rather wait for the new model to come out or buy an iPhone 12 instead?”, we asked this question to the same set of respondents in an attempt to gauge interest in the upcoming iPhones.

Apple users are not very excited about iOS and iPadOS 15 updates:

On a scale of 1 to 5, with ‘1’ being “extremely excited” and ‘5’ being “not at all excited,” the respondents were then asked to rate how excited they are about the new iOS/iPadOS updates, and the responses were:

Next, we asked Apple users to pick one feature of the iOS/iPadOS 15 update that they like the best, and these were the responses (in order of votes received):

When asked what feature is missing in iOS/iPadOS 15 update that should have been included, these were the responses (in order of votes received):

A majority of Apple users intend to use the ‘Digital Legacy’ feature, but many would prefer control over what data is to be shared:

‘Digital Legacy’ is a new feature in iOS/iPadOS 15 that, as the name suggests, lets you designate an heir to access your iCloud data in the event of your demise.

A person will need a “trusted” Apple ID, an access key (generated as you add a legacy contact), and a copy of the death certificate to gain access to your data, which will not include credit card information and passwords stored in Keychain.

We asked the Apple users whether they would be comfortable having a friend or family as a legacy contact, and we found out:

When asked whether they would want control over what type of data (photos, videos, files, messages, etc.) is to be made available to their legacy contact, the respondents revealed:

‘Browsing history’ and ‘Messages’ tops the list of data not to be passed on to legacy contacts:

Triskaidekaphobia (fear of number ’13’) could stop one in five Apple users (18.3%) from buying an iPhone 13, the survey reveals.

Although a majority seem unbothered by the superstition, most of Apple users (74%) would prefer next-gen iPhones to take on a different name than iPhone 13, with ‘iPhone (2021)’ being the clear winner at 38%.

A majority of iPhone and iPad users (52.6%) are “slightly” or “not at all” excited about the new iOS/iPadOS 15 software, with an additional 28.1% revealing they are only “somewhat” excited.

Upgraded wallet app that now stores identity cards, improved search functionality of Spotlight, tracking switched-off or erased devices, SharePlay for sharing media over FaceTime calls, and LiveText to extract text from images are among the most liked features of iOS/iPadOS 15.

While more than half (53.1%) wouldn’t mind their heir taking over iCloud data after their death, most users (71%) would want control over what data is shared through the new Digital Legacy feature.

It is worth noting that the Digital Legacy feature restricts legacy contacts from viewing payment information and Keychain logins, along with other data including subscriptions and licensed media.

The report is based on an online survey – conducted between June 10-15, 2021 – involving more than 3000 Apple iPhone and iPad users, aged 18 years or older, based in the United States. Survey-takers were split evenly between men and women.

The motive of the survey was to gauge user opinion on Apple’s upcoming iPhone lineup and to study what users think of the recently unveiled iOS 15 and iPadOS 15 software.