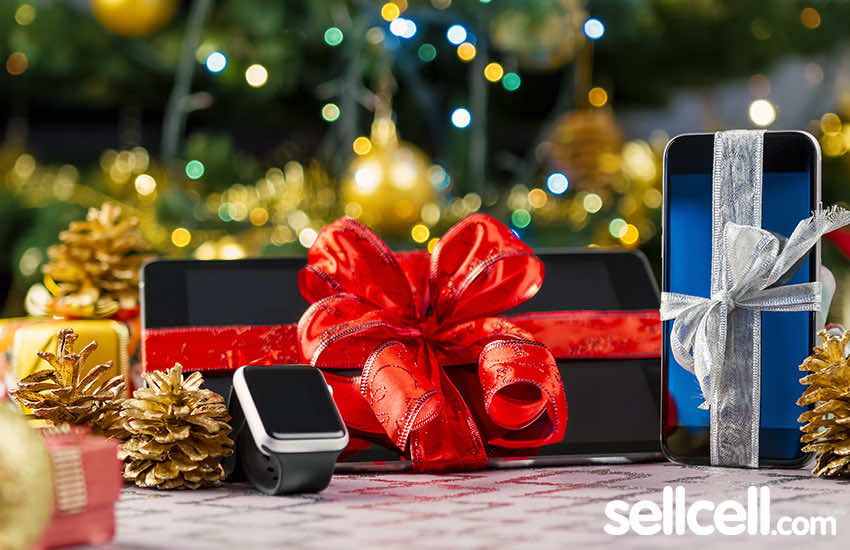 Parents reveal what they are getting their teenage kids this Christmas

Christmas is now less than 10 days away and the holiday spirit is already in full swing, with online and retail stores running massive discounts, and people rushing to find the perfect gifts for their loved ones. Parents are the most puzzled bunch at this time of the year, contemplating what would make a remarkable present to their kids without breaking the bank.

Among the most confused are the parents of teenagers, who are a bit tricky to please. SellCell surveyed over 2000 parents to learn what they are buying their teen kids this Christmas and how much they are willing to spend on the same.

The survey included 2000 parents in the US with children between the ages of 13 and 18. It was conducted between December 11-15, 2019. (Details on the survey methodology has been provided at the end)

1.) What are parents buying their teenage kids this Christmas?

Gone are the days when Christmas gifts were rather simple — toys, bike or a simple sweater, the survey reveals that three out of the top five popular gift choices belong in the technology niche and should set one back at least $400.

Four in ten parents (40.7%) think a smartphone is the best gift they could give their teenage child this Christmas. It has been revealed that about half of parents (49.4%) will purchase a handset for children aged between 17 and 18 years. The figure comes down to around 35.7% in the case of 15-16-year-olds, and a little over 15% when it comes to 13-14-year-olds.

It isn’t surprising to see gaming consoles taking the sweet second spot at 30%, considering how popular devices like Nintendo Switch and PlayStation 4 have become among kids these days. It has emerged that gaming consoles are a popular choice of gift for young teens aged between 13-14 (42.8%), and 15-16 (29.6%), while not a very popular one for teenagers above the age of 16 (20%).

As many as 22% approve giving cold, hard cash as a Christmas gift to their teenage children. As shocking as it sounds, it must be said that giving cash gifts has its upsides too — parents don’t have to worry whether or not their kid will like the presents they buy, and the kids get to choose what they really want. The popularity of offering cash as the gift is almost consistent (around 20%) across parents of teens belonging to all age groups.

Although not as popular a tech gift option as smartphones and gaming consoles, computers — including laptops and tablets — have managed to take the fourth position at 17%. Giving a tablet or a laptop as a gift is backed by 31.6% of parents of 13-14-year-olds, 10.2% of parents of 15-16-year-olds, and 10% of parents of 17-18-year-olds.

The next entries on the list include clothing (15%), experiential gifts (13%), sports gear (9%), and toys (7.1%) — all of which are rarely gifted on its own and mostly piggybacked with other popular presents.

2.) How much are parents spending on gifts for teenage kids?

With tech and gaming devices at the forefront of the gifting list, the survey reveals that nine in ten parents (89.2%) are expected to spend upwards of $400 on gifts per child.

Shockingly, one in ten parents (9.8%) wouldn’t mind shelling out more than $1000 on Christmas gifts for their teenage kids.

In other words, at least seven in ten parents (74%) are expected to spend more than previous years’ average money spend on Christmas gifts per child of $422.

Also, it’s interesting to note that single-child parents spend more money on kids’ gifts when compared to parents with more than one child. Six in ten single-child parents (62%) admit that they are all set to buy $850+ worth of gifts for their teenage kids this Christmas, while only a little over 16% of parents with multiple kids are willing to go that far in terms of gift expenditure per child.

There is no greater gift than spending some quality time with loved ones, especially during special occasions like Christmas.

However, it is worth noting that only 13% of parents who participated in the survey are planning to offer experience gifts such as a family outing for their teenage kids. Meanwhile, over 87% have polled in favor of gifting one or the other latest expensive gadget for their children this Christmas.

It looks like technology is not only taking over family dinners on Christmas but also is affecting the sense of togetherness the holidays used to bring with it.

It is also equally disappointing to see monetary gifts, which is against the very idea of Christmas, being embraced by parents and kids alike. More than two in ten parents (22%) are comfortable handing over cash as ‘Christmas gift’ to their little ones, according to the survey.

The report is based on a survey, conducted between December 11-15, 2019, involving 2000 parents in the US with children between the ages of 13 and 18. The motive of the survey was to understand what parents are intending to purchase as gifts for their teenage kids as well as to get an idea of how much they are willing to spend on the same. The responses to the survey were collected without storing any personally identifiable information of the involved respondents.