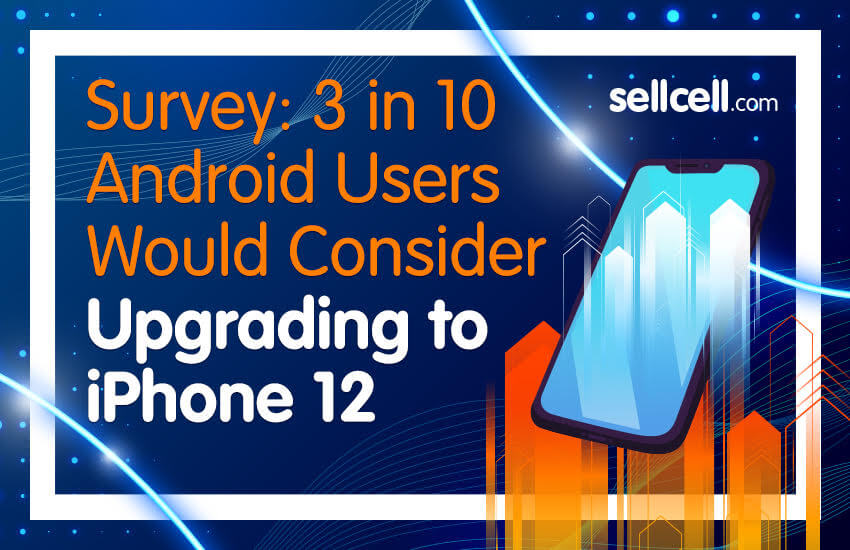 The iPhone 12 official unveil may still be a week or so off, but it is safe to assume at this point that we know everything there is to know about the lineup.

The upcoming iPhone series is already shaping up to be the biggest launch in years for Apple, with several leaks and reports suggesting plenty of new additions as well as a brand new design.

Now with the latest reports pointing to an October 13 launch, we decided to do a follow-up to our purchase intent survey published a few weeks ago.

In the last survey, we asked more than 2500 iPhone users whether they intend to upgrade to the upcoming iPhone 12, and four in 10 said they would.

And this time, we asked the same question and more to over 2000 Android users, and here is what we found out.

Key takeaways from the survey

33% to consider the iPhone 12 as their next upgrade

“As an existing Android user, would you consider buying the upcoming iPhone 12 when you upgrade?”. We asked this question to more than 2000 respondents with an Android handset, and the results are as follows.

To the 33% who said ‘yes’ to buying the iPhone 12, we asked which of the four models would they choose when they upgrade, and here is what we learned.

Additionally, when asked for the reason(s) why they would make the switch from their current Android phone to an upcoming iPhone 12 model, respondents revealed the following to be the deciding factors.

Interests in other new Apple releases

Apple took the wraps off their brand new iPads and smartwatches at the September 15 ‘Time Flies’ virtual event.

With the new iPads and smartwatches already up for grabs through Apple stores and other select retailers, we asked the same set of Android users whether they intend to buy any of them, and here is what we found out.

The report is based on an online survey – conducted between September 26-30, 2020 – involving more than 2000 Android phone users, aged 18 years or older, based in the United States.

The motive of the survey was to collect responses from Android users regarding their intent to buy the upcoming iPhone 12 and other new releases from Apple, including the iPads and Apple Watches.