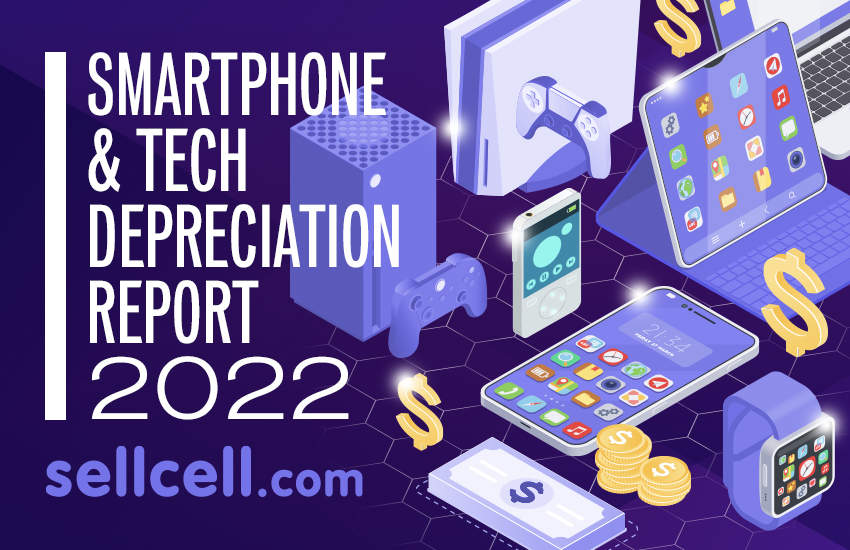 Smartphone and tech depreciation is an unpredictable game. A new phone or device may release and suddenly it is worth next to nothing, despite pre-release hype. Likewise, a smartphone or tech device might release fairly quietly, yet it may hold its value for several months.

Given that not all depreciation is the same across devices, SellCell.com—the US number one tech trade-in comparison website—has compiled minute-by-minute device depreciation data between January-December 2022. SellCell has analysed data relating to total depreciation for phones from Apple, Samsung, and Google, over that 12-month period, alongside lifelong depreciation for a wide range of other tech, including smartphones, tablets, smart watches, and games consoles.

Want to know which devices hold their value best, and which devices spell disaster for owners’ wallets? Check out SellCell’s data, below.

2022 Biggest Winners (Devices That Have Held Most Value)

2022 Biggest Losers (Devices That Have Lost Most Value)

SellCell considered smartphone values across the three top-selling brands in the US; Apple, Samsung, and Google. Data was collected from launch until December 11th, 2022.

As you can see from the data above, Apple rules the roost in terms of depreciation, losing least value, while Samsung is clearly the weakest performer all round.

As we can see, as of December 11th 2022, Apple is holding strong in the smartphone, tablet, and smartwatch categories, losing least value on average across all models in those sectors. OnePlus is a surprise; the Android smartphone brand has outperformed Samsung and Google in certain cases.

Sony’s PS5 value retention comes as little surprise, given the demand for units that simply weren’t available for many customers; the PS5 has supply has only just started meeting demand, so it makes sense that its value remains high, yet it has also dropped slightly as the demand starts to plateau.

What will 2023 hold for these brands? Will Apple’s iPhone 14 range prove as successful as the iPhone 13 series? Can Samsung pull a value retaining handset out of the bag? And will the release of Sony’s updated PS5 see value rise or drop? We’ll have to wait for 12 months to find out…

SellCell gathered trade-in value data across a range of devices—smartphones, tablets, smartwatches, and games consoles—in order to see which devices, from which brands, held their value well, and which devices depreciated the most in value. Data on each device was collected from launch to December 11th 2022.