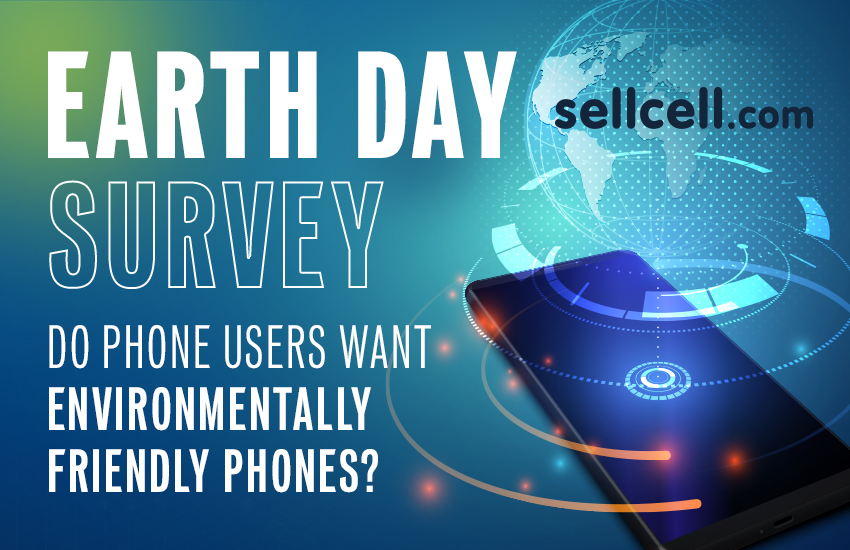 iPhone users inch ahead in wanting greener smartphones, but Android users are not far behind them!

But do smartphone buyers actually care? SellCell’s survey of 3000+ smartphone users comparing the views of circa 1500 iPhone users and 1500 android users, shows that fans of both ecosystems do care, and the majority of people would be willing to pay for more environmentally friendly smartphones.

Not only that, but phone users will sell an iPhone or Android device when they upgrade, and will also consider buying a refurbished smartphone rather than a factory-sealed device.

Let’s drill down into the data.

SellCell asked 3000+ adult US iPhone and Android phone users a series of questions. It examines the data below.

Importance of Cost in Buying an Environmentally Friendly Smartphone

An overwhelming majority of iPhone users (63.4%) and a majority of Android phone owners (55.9%) would pay more to buy a new phone if it had greener credentials. It would be interesting to see just how many of those own top tier flagship models like the $1,399 iPhone 13 Max Pro or the similarly-priced Samsung Galaxy S22 Ultra, and if these respondents would pay more for what are already expensive handsets.

By contrast, 36.6% of iPhone owners and 44.1% of Android phone owners would switch to a cheaper brand, rather than pay a bit more and know they’re doing the environment less damage.

As the data shows, 57.4% of iPhone users and 43.2% of Android phone users will trade their old smartphone when it is time for an upgrade.

While those who sell an iPhone or Android phone back into the market are doing their bit for the environment, the 3.9% of iPhone users and 3.0% of Android phone users who bewilderingly put their old device straight in the trash are definitely not helping the environment. Why anyone would do this, when you can even get a few dollars for a broken smartphone, is a mystery.

30.5% of Android phone users vs. 19.7% of iPhone owners will sooner place their smartphone in a drawer and forget about it, than trade it in. This is still bad for the environment, as those languishing smartphones do nothing for a few years before (probably) ending up in the trash anyway. All phones should be disposed of by an accredited recycler, and never sent to landfill, as this can damage the environment irreparably.

Conversely, 15.2% of Android phone fans will use it as a secondary device; almost double that of iPhone owners (8.0%). This is better than leaving it in a drawer; at least that handset is still seeing use.

10.9% of iPhone owners will gift their old handset to someone else, while only 8.1% of those who own an Android smartphone would do the same (perhaps those stuffing their smartphone in a drawer to do nothing might consider giving it to a friend or one of their children?).

Android owners seem a little more conscientious when it comes to continuing their role in the circular economy, though. 52.1% of Android phone-owning respondent said they would buy a refurbished handset when they come to upgrade. 50.5% of iPhone users gave the same response.

This means that 49.5% and 47.6% of iPhone and Android phone owners, respectively, won’t consider the secondary phone market, and will only buy a new handset.

However, this is positive. Already, this data shows a shift in the right direction. In a previous survey, SellCell discovered that only 33% of people would consider buying a refurbished handset, so perhaps we’re seeing the positive change our planet so desperately needs.

To round out the survey, SellCell levelled respondents with a question about environmental awareness; “do you know what Earth Day is?”

An enormous majority of over 90% state that they know what Earth Day is, in both the iPhone and Android phone camps.

This is great. At least consumers are aware of Earth Day. However, having an awareness of a topic is drastically different from acting to effect change. More people need to consider the secondary smartphone market, trade their devices in, and buy refurbished smartphones. And if you throw your smartphone in the trash every time you upgrade, then you really need to find an alternative way of disposing of your smartphone.

We Need to Do More to Save Our Planet

If we are to continue to consume tech in the manner that we do, it makes sense that we seek alternative methods of producing the necessary materials, or responsibly sourcing those that are natural resources.

In the meantime, while manufacturers strive for carbon neutrality, phone owners also need to consider their actions when it comes to the environment, and support the secondary smartphone market as much as possible.

SellCell surveyed 3000+ US adult iPhone and Android phone owners in equal quantities, in order to gauge consumers’ green credentials, as well as to find out the importance of environmental friendliness in smartphone manufacture. No personally identifying information was kept or stored during the collection of the data. The survey was completed by a Survey Monkey Independent Panel.