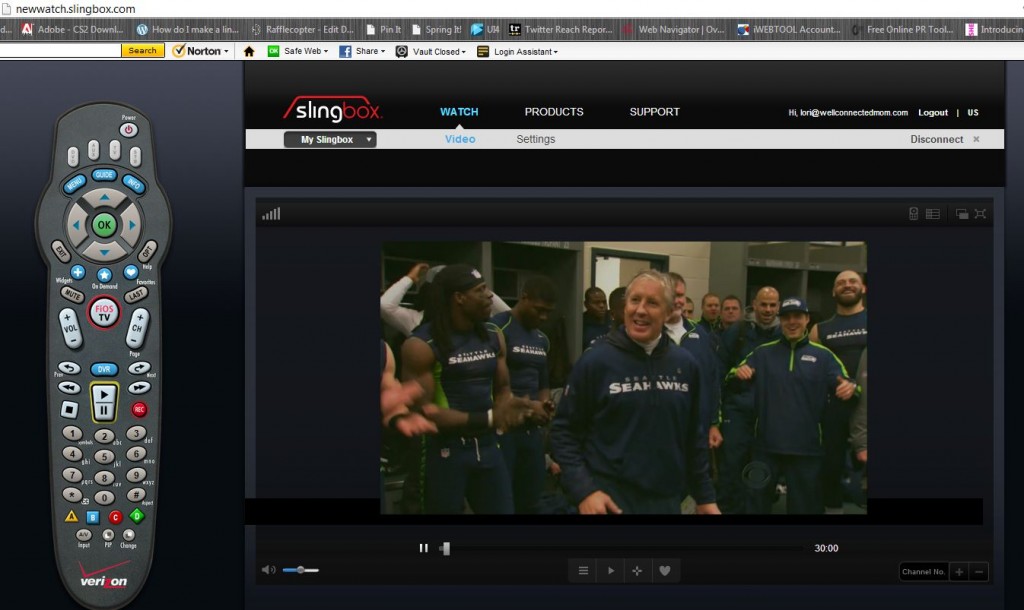 Almost a decade ago, Sling Media released the first Slingbox in an effort to expand the number of places you could watch TV. Over the years, as technology has evolved at warp speeds, the company has kept up with the latest innovations such as HD video and high-speed Internet.

In 2012, Sling Media announced the newest versions of the popular personal video broadcaster: the Slingbox 350 and Slingbox 500. These models both remain very useful today, but there are a few things you need to think about when choosing which one is right for you.

So what exactly does the Slingbox do? Simply put, it allows you to take the TV signal directly from your cable/satellite box or DVR, and broadcast it over the Internet so that you can watch it on any device, anywhere, in real time.

You might use these capabilities in a number of ways. First, say you want to watch live or recorded TV via your smartphone or tablet when you aren’t home.

A Slingbox broadcaster combined with the SlingPlayer app for iOS or Android allows you to stream your favorite shows anywhere. You might also want to use the Slingbox to transmit video to a TV or computer at your vacation home or dorm room, without having to pay for extra service in that location. Or maybe you want to make sure you can keep up with your home sports team even when you are on vacation thousands of miles away. With a little ingenuity, the Slingbox opens up a world of viewing options that don’t require you to be sitting at home to enjoy your TV service.

Since the Slingbox 350 and the Slingbox 500 were released at the same time, they are both the most technologically advanced models Sling Media has produced. Both boxes can stream HD video with up to 1080p resolution, and both offer streaming via an Ethernet connection. Both models also feature built-in IR blasters that will allow the box to easily control almost any cable box.

The most noticeable differences are that the 500 has built-in Wi-Fi access (the 350 relies solely on a wired Ethernet connection) and it also features HDMI input and output (as opposed to component video on the 350). The 500 also has a slightly upgraded interface that makes it easier to use.

For most users, the Slingbox 500’s extra features aren’t exciting enough to justify its higher price tag. While Wi-Fi is certainly more convenient, for instance, most people won’t find it to be a necessity as long as they can keep the Slingbox near their modem. HDMI support is also nice, but some cable providers actually scramble the signal from their boxes when using HDMI as a way of discouraging customers from using products like the Slingbox. If your provider is known for this practice, then you might be better off with a component video cable anyway.

On the whole, both of the latest Slingbox models are quality pieces of equipment that can affordably bring you a number of exciting features. It’s up to you to decide if the added features of the Slingbox 500 are worth paying more to access, or if you would rather save some money and opt for the Slingbox 350.