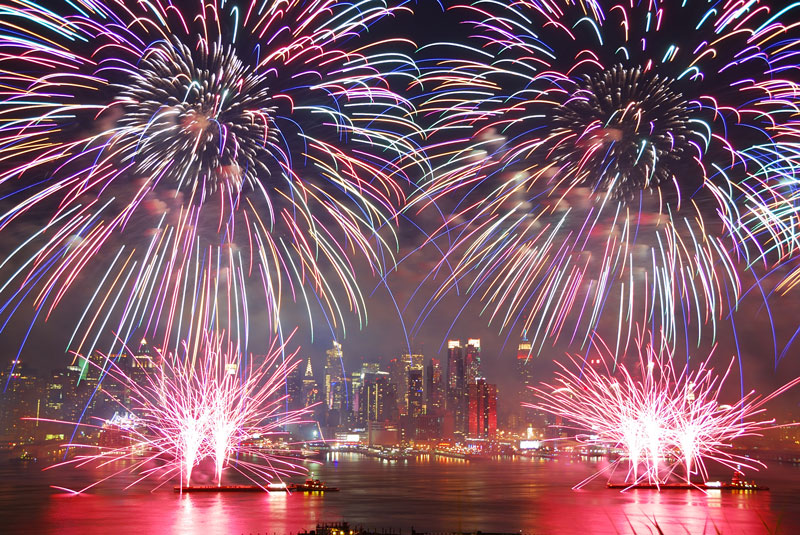 While the history of fireworks isn’t exactly American, these colorful explosions have come to be a staple of most 4th of July celebrations around the country. From the smallest towns to the biggest cities, it seems like everyone puts on a display in celebration of our country’s independence. If you had the chance to go anywhere in the United States to see the most amazing fireworks show you could find, where should you go? Here are five great options for fireworks spectaculars that will leave you feeling patriotic (and possibly a little deaf). 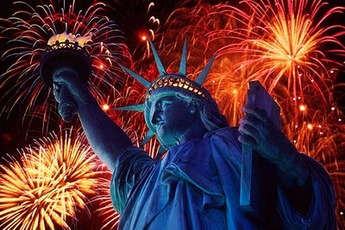 In the city so nice they named it twice, fireworks light up the Hudson River along the western edge of Manhattan. The Macy’s 4th of July fireworks have been a staple of Independence Day in NYC since 1976. The display is set off from several barges that span the distance from about 18th St up to 59th St.

Views are available along almost the entire western shore of the island, though the best vantage points are in Midtown Manhattan. Popular bands usually perform all evening at stages set up on the city’s piers. For a more unique view, try watching the show from the New Jersey side of the river.

You will be able to enjoy the fireworks display against the backdrop of the iconic Manhattan skyline. 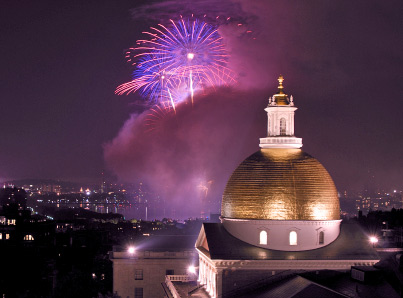 The fireworks show in Boston is made more spectacular by the music that accompanies it. Featuring a performance of patriotic songs by the Boston Pops, the display is comprised of thousands of shells being shot off over the Charles River. The event is really an all-day affair, with people beginning to flock to the Esplanade at 9:00am. By 8:30pm, nearly half a million people will be gathered along the banks of the river, and those at the band shell are treated to a full concert by the Boston Pops and celebrity special guests.

The performance includes a live rendition of the 1812 Overture, complete with real cannon-fire and church bells. The fireworks begin at the end of the concert and are so phenomenal that they are broadcast on national TV each year by CBS. 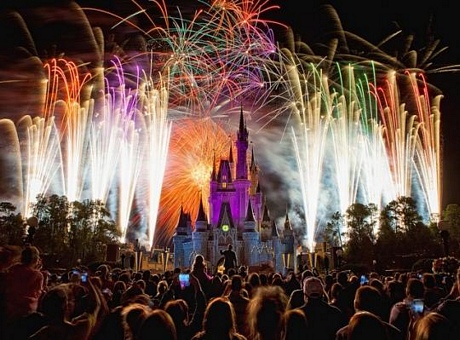 There are fireworks every night at Walt Disney World, just outside of Orlando, so the show on the 4th of July has to pull out all the stops. Disney’s “Celebrate America – A Fourth of July Concert in the Sky” is presented at the Magic Kingdom and includes a spectacular set of pyrotechnics set off to patriotic music over the magnificent Cinderella Castle.

While the park itself gets extremely crowded (usually reaching full capacity early in the day), you can also watch these fireworks from outside the Magic Kingdom on the beach at the Polynesian Resort.

Another option to avoid the crowds is to check out the show on July 3rd, which is a “dress rehearsal” for the official Independence Day show. You can enjoy the exact same fireworks with fewer people around. 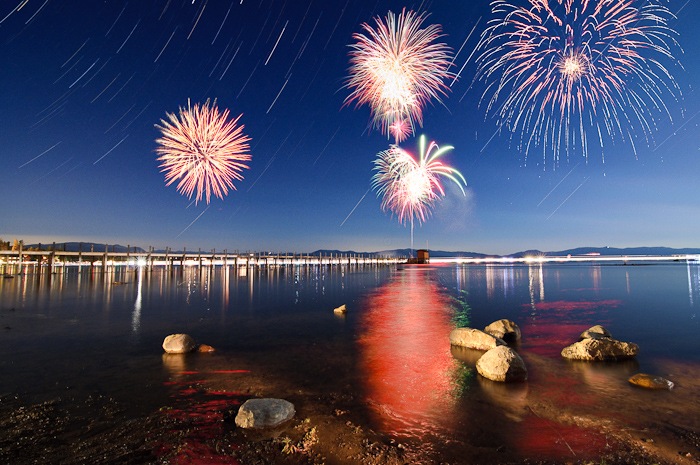 Across the country on the West Coast, one of the most amazing fireworks displays takes place on Lake Tahoe. Shot off from barges in the middle of the lake, the fireworks are reflected in the water creating a beautiful illusion of the show being mirrored. The fireworks spectacular is put on by the same company responsible for the ones in NYC, so you can be sure you’ll get a quality display of colorful explosions.

If you can’t be right on the lake during the show, you can get good views anywhere in the vicinity and tune into local radio stations for a synchronized broadcast of the music that accompanies the fireworks. 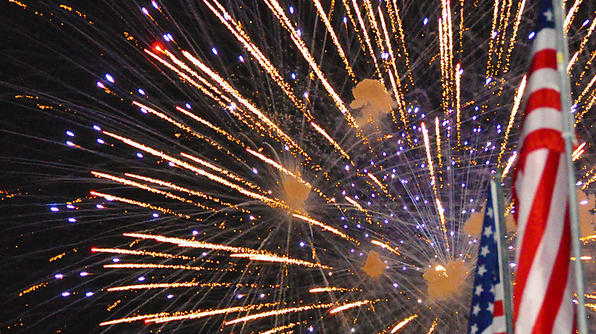 Never heard of Addison? You’re definitely not alone. This small town is home to less than 15,000 people, but its annual fireworks display “Kaboom Town” attracts nearly half a million spectators. Addison’s fireworks show has the same budget as many big-city shows, and the result is a 30-minute show that incorporates thousands of shells and patriotic music.

The display is a huge financial bolster for the town’s businesses and restaurants because of all the people it brings in for the night. Almost every restaurant in town puts on a “fireworks viewing party.”