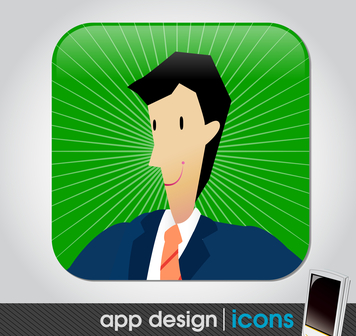 A new year brings on expectations of better, faster, and stronger, when it comes to technology. So what can people expect from 2014?

The biggest change for consumers is going to be that essentially everyone will have a smartphone. According to International Data Corp, the worldwide smartphone market grew 38.8% year over year in the third quarter of 2013. Smartphone shipments are expected to exceed 1 billion units by the end of the year, and that number is expected to grow by 20 percent in 2014.

Some of the trends that will shape the smartphone market in 2014 include:

From Curved Screens to Flexible Phones

Samsung, Apple, and LG are moving quickly to develop smartphones with curved screens. Samsung has the Galaxy Round, LG has the G Flex and Apple has their iPhone. The screens are 4.7 inches and 5.5 inches, curved, unbreakable, and more ergonomic. It is unclear what other advantages a curved display brings to consumers. What it does do is bring the goal of a flexible smartphone that much closer to fruition. Samsung recently got a patent to produce vertically flexible phones. In a flexible phone, curved displays will be attached to equally flexible bodies. The whole device will bend like a piece of paper. Consumers just have to wait for the component manufacturers to catch up.

People often make fun of smartphones that are the size of a tablet, but the popularity of these devices is growing so quickly in Europe that “phablets” are predicted to outsell traditional tablets in 2014, according to TechAnalysisResearch.com. A study done by IDC on behalf of Facebook showed that smartphone users spend only 16% of their time in phone conversations. People do not have to talk verbally when there are so many other ways of communicating in real time.

Most of their time is spent engaged in “phablet” activities such as email, web browsing, social media and games. Clearly, the “phablet” is not a trend to be mocked. The “phablet” is technological evolution in action. Smartphones are getting bigger because how we use them is changing. The high-speed networks that make it possible for consumers to stream video content and play games are taking up more of their time. Staring into the screen of a “phablet” makes these tasks much more enjoyable.

The popularity of the smartphone has changed the way people make purchases. Mobile shopping accounted for 17% of Cyber Monday shopping this year. That’s an increase of 55% over last year according to IBM. That increase is bringing us innovations such as Mobile Wallet and Near Field Communications (NFC).

Mobile Wallets hold the information once kept in conventional leather wallets – credit cards, banking information, coupons, airline boarding passes, reward cards, and movie tickets. Near field communications (NFC) is technology that allows wireless data transmissions between a mobile device and an NFC enabled payment terminal. It works much like Wi-Fi and Bluetooth. Google Wallet is an example of an application that uses NFC technology. While the Mobile Wallet is a real convenience, Lifelock recommends that users take the following extra precautions so that it is not also convenient for identity thieves.

– Create an access password for their smartphone
– Log out of open apps
– Be careful about downloading free apps from app stores, as they could contain malware
– Don’t post personal information on social networking sites
– Monitor credit card use and promptly check statements

A recent study on Business Insider shows that wearable devices are set to skyrocket, growing to 171 million by 2016, as medical and fitness wearables in particular become popular. Innovations like Google Glass, the wristwatch Pebble, swimming hardware Instabeat, smartwatches, smartbracelets, and smarteyewear are creating a new market.

Smart watches are going to become smarter – learning what news and updates are important to users, when they want to receive them, and responding more accurately to voice controls. Google continues to advance the consumers ability to create a new sense of reality with Google Glass, which can do everything from music streaming (through Google Play) to connecting and interacting with Nissan cars.