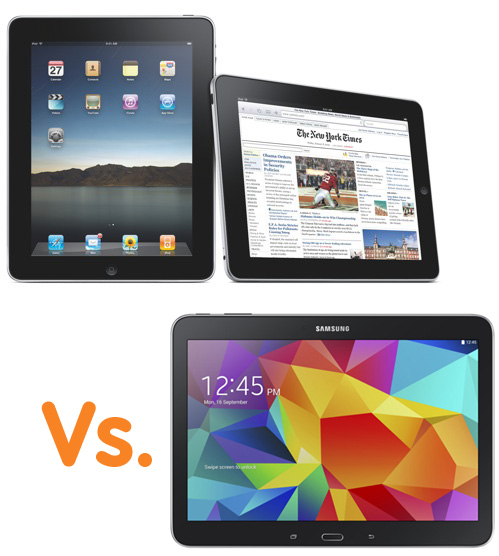 Apple products are famously expensive due to the fact that these computing devices are also seen as desirable fashion accessories. As a result, the fact that Android tablet brands are much more affordable makes it easy to simply assume that they are inferior.

For example, you can buy a 7-inch Nexus tablet or an Asus Eee Pad Transformer for just $200, so it is difficult to believe that such a product could be as good as the newest iPad. However, it turns out that Android equivalents to the iPad are superior in a number of significant respects that allow them to offer better value for money.

1) Sizes That Suit Everyone:

Admittedly, the iPad’s 9.5-inch will be perfectly adequate for many users, but the fact that Android tablets offer a wider choice of sizes is a definite advantage nonetheless. While there are also many 9.5-inch Android tablets available, you are also free to choose a tablet that is significant larger or smaller. For example, Acer and Dell’s small 5-inch tablets can be easily transported in a large pocket or small bag, as can many versions of the Kindle. Meanwhile, the Motorola Xoom and Samsung Galaxy tablets comes in a 10-inch size that is the perfect choice if you want to watch HD movies on your device.

When your iPad’s battery eventually stops working, the whole tablet needs to be replaced because it is not possible to remove the battery on its own. The fact that this is not the case for Android tablets is a huge point in their favor, as you can save a lot of extra money by merely buying a fresh battery instead of having to go shopping for an entirely new tablet.

While the latest iPad is a formidable device thanks to its dual-core processor, many Android tablets are just as impressive in this respect. For example, the Asus Transformer Pad Infinity and the Motorola Xoom also have a quad-core processor, as does the 7-inch Nexus tablet. Meanwhile, certain Android tablets boast even more memory than the iPad, with the Lenovo K2 attracting a lot of attention because of its 2GB of RAM. With this sort of computing power at your disposal, an Android tablet can allow you to multitask in a way that is effortless and seamless.

All versions of the iPad require that you sync with iTunes if you want to update your tablet’s operating system or download apps. Even people who love the iPad typically find this feature rather annoying. With an Android tablet, you can buy or download new apps from the Android Market and then send them directly to your tablet without having to go through the syncing process.

Some Android tablets are now offering a huge amount of hard drive space. For example, the Lenovo K2 can be expanded to up to 128GB. The latest iPad is much less impressive, as its hard drive can only store up to 64GB.

Finally, many iPad users find that the lack of USB connectors is highly frustrating. With an Android tablet, you will usually have at least one USB connector at your disposal, substantially improving the level of convenience that you can expect.