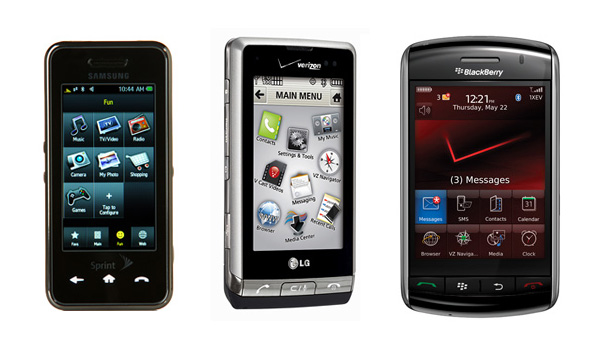 We recently conducted a survey which asked a total of 1,419 people what they do with their unused mobile phones when the decide to upgrade or buy a new phone.

Even though cell phone recycling and trade ins have become increasingly more popular in recent years, I think the results speak for themselves as just under 55% of the total people we asked, still store their old phones somewhere in their house.

Just 26% of the people recycle them, 10.90% through a phone recycling company such as SellCell.com, and 16.60% recycle for free by using a recycling bin. 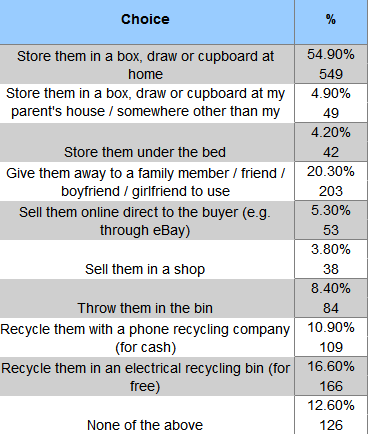 As the years pass by we are seeing cell phones become a major part of people’s lives and the technology used in them is advancing at a rapid pace. There isn’t just Apple leading the way in pioneering design and development anymore, you now have the likes of Nokia, HTC, BlackBerry, Google and Samsung striving for perfection.

If anything, these stats show us that even though a lot of people are aware of recycling, more people have no idea that it exists or the benefits of getting cash back for a phone that otherwise would just be gathering dust in a draw.