If you haven’t already noticed the Apple iPad Mini is now available for pre-order on the Apple website, with a limit of two per person.

Prices start from $329 for both the 16GB Black & Slate or White & Silver versions of the device, and then goes as high as $659 for the 64GB WiFi and 3G tablet. I think I would be fair in saying that the device has had some mixed reviews so far, with a number of people questioning the point of the tablet, whilst others are looking at the portability factor of it.

Then there is the pricing of the device, which has also come under some scrutiny as many people (including leading experts) had the impression they would be price matching with the likes of the Google Nexus 7 and Amazon Kindle Fire tablets. 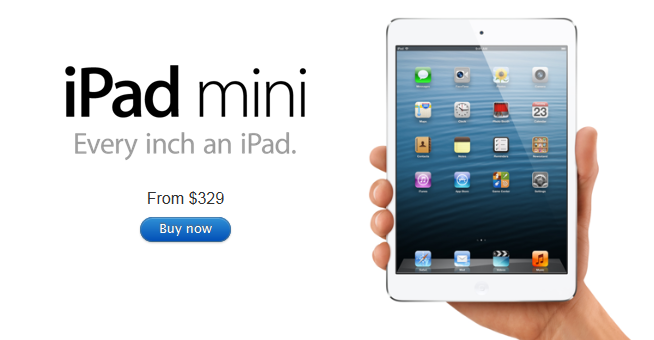 As per usual with an Apple launch such as this, you can expect free delivery and a 2 week dispatch time (dependent upon availability).

Don’t forget you can also enter our day long competition to win an $25 iTunes voucher, by answering a simple question.