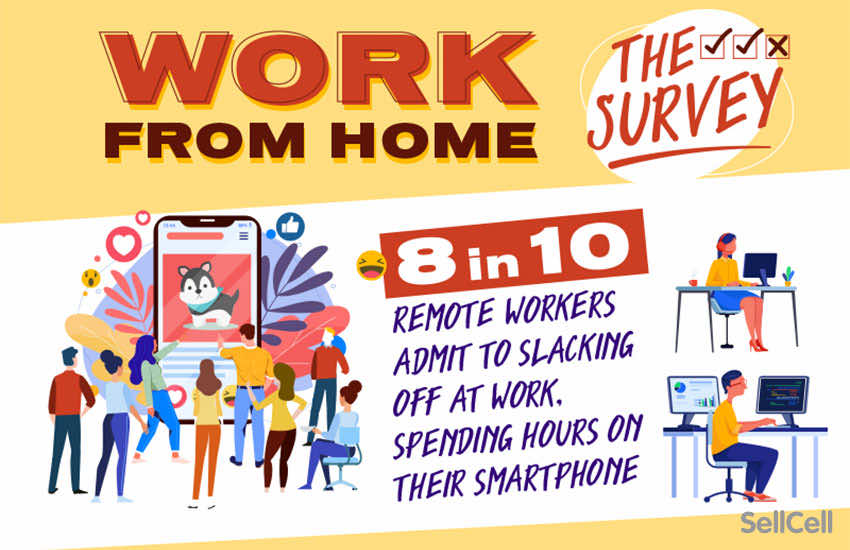 In light of the ongoing COVID-19 pandemic, there are more Americans who work from home now more than at any time in history.

More than half of the US workforce has been working remotely at their own homes in the past few months to cope with the lockdown restrictions and to avoid potential exposure to the virus.

Fortunately for the worried employees, many businesses are on board with the new reality of remote working and physical distancing and urge their workforce to continue working from home until things return to normal.

Interestingly, several tech companies, including Facebook and Twitter, even took it one step further, announcing employees will be allowed to work remotely on a permanent basis, provided they meet some criteria, which – among other things – takes into account the experience and job performance of the employees.

While working remotely indefinitely at the comfort of your couch might seem like an appealing option to have, SellCell’s new survey of remote workers reveals that reality is far less glamorous.

The survey, conducted between June 10-22, 2020, included more than 2000 US-based remote employees, aged 23 years or older, who have shifted their work locale from office to home at the onset of the pandemic.

This is an independent survey conducted by SellCell in partnership with a third party marketing agency. Respondents took part in an online email survey

The motive of the survey was to examine the lifestyle changes newly remote workers had to make to embrace the new reality of closed office spaces and virtual work environment, and to understand the struggles and advantages of working from one’s own home.