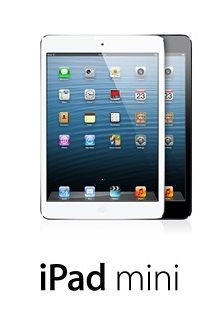 How are we all this morning then? Did you all manage to get up yesterday morning to watch the live coverage of the Apple event?

It was an exciting build up to the event and at last we could see the iPad Mini in all its glory, what was more impressive was the coolness and calmness of Apple CEO Tim Cook during the event.

What did we make of the iPad Mini?

Well even though it is almost an inch bigger than its closest rival (Google Nexus 7) it has been designed to still fit comfortably into one hand  mainly thanks to the slimness and the sheer lightness of the device. The price tag I’ve got to say disappointed me a little as I thought it would compete closer to the Google Nexus 7 but for $329 I think some people will now be put off.

We had a chat in the office this morning and came up with a theory:

The iPad Mini is much like an expensive car; you will drive it into the city and slowly drive around showing it off to everyone.

The Google Nexus 7 is like your family car, it’s a car that you will jump into to take to the local store but not something you would flaunt around in.

I tell you what though, one great thing about the iPad Mini is that the 1024×768 resolution makes the 7.9 inch screen a lot larger than life.

As you may also be aware, there was talk yesterday morning in the conference about an iPad 4, which certainly took many people by surprise as all the rumors and speculation surrounded the iPad Mini. 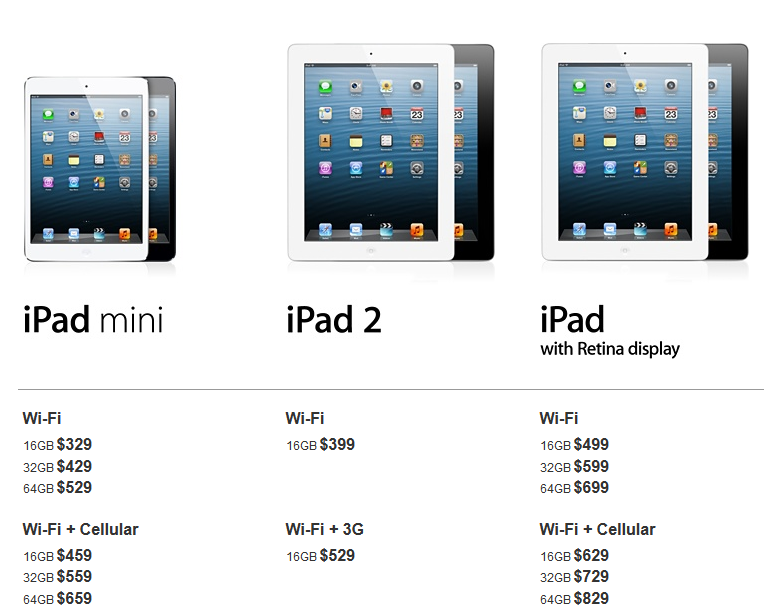 What About The iPad 4?

I think its fair to say that looking at the press last night and this morning that there are a few (or are going to be) angry iPad 3 owners who only got their hands on the device 6 months ago before a new device hits the market.

The iPad 4 will support the new Lightning connection and perhaps the biggest addition is the Apple A6X processor which will give the iPad 4 twice the power of the iPad 3.

In terms of price for the iPad 4 you can expect it to go on sale for price of $499, which will get you the basic model.

When will pre-orders start?

The United States and UK are obviously one of the first to see the iPad 4 and mini launch, but also a growing list of countries for an initial launch. These also include Liechtenstein, Netherlands, Australia, Czech Republic, Germany, Hong Kong, Korea, Italy, Slovakia, and many more. Friday 26th October will be the date you can pre-order so get this date down in your diaries!

iPad mini? Think I might have to get myself one of those bad boys 😀 #iPadMini

will someone PLEASE tell me what the hell is the point of the ipad mini? why, apple? why? 🙁

The iPad mini is so irrelevant and pointless. It’s basically a apple tablet. Running out of ideas? Poor Steve, he didn’t want it out 🙁

iPad mini.. I don’t understand. 🙁 It’s just like a tablet. So much for originality, Apple.

What’s next then? We will all be looking forward to the Google Event on Monday!