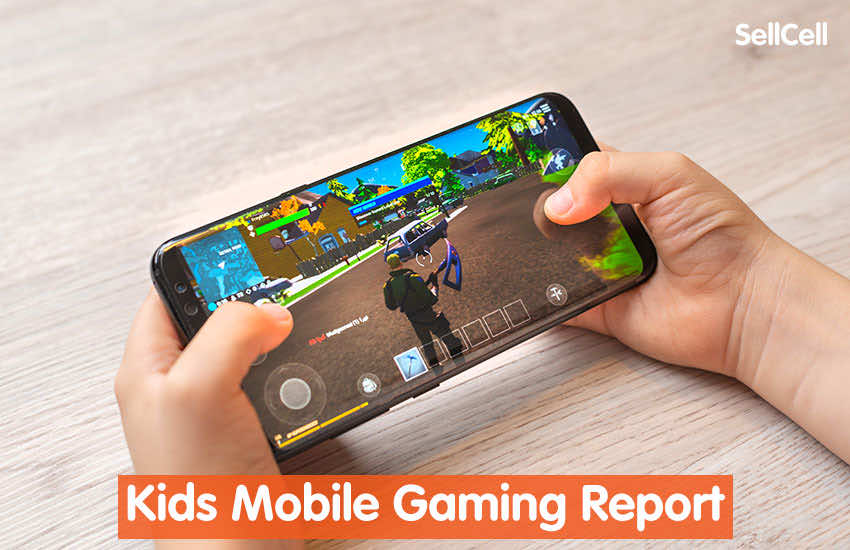 The gaming industry is currently estimated to be worth about $152 billion, and a large portion of that (45%) comes from mobile games. According to figures from NewZoo, the smartphone gaming industry is growing at a 10% year-on-year rate and now stands at a total worth of $68.5 billion. Interestingly, the in-app purchases bring in the majority of the revenue for mobile games as they maintain the free-to-play status on Google Play and Apple’s App Store.

Freemium games have proved to be a thriving business model for game developers, and it is said to have brought in more than $88 billion in 2018 across all platforms. Although only a small percentage of users spend money on in-app purchases, reports suggest that they constitute more than half of the total revenue of mobile games. And now a new survey by SellCell reveals a good chunk of that may have come from the pockets of naive parents.

SellCell surveyed more than 2000 parents in the US with children between the ages of 6 and 15 to understand their thoughts on freemium mobile games and in-app purchases. The survey was conducted between February 20-29, 2020.

TWO-THIRDS ARE WORRIED ABOUT THEIR KIDS’ SPENDING ON MOBILE GAMES:

SellCell’s survey reveals that a whopping 67% of US parents are worried their kids are overspending on Android and iOS games.

However, as many as 23% reveal that their kids spend more than $50 on optional IAPs each month, with about 8.2% of them admitting the spending to be more than $100.

In the past few years, there have been numerous cases reported in the US and across the world of kids accidentally buying premium in-app items in smartphone games and racking up credit card bills when left unsupervised. Back in 2014, as the number of such incidents got out of hand, FTC asked Apple to change its billing practices and provide refunds worth over $32.5 million to clueless parents.

However, the situation appears to be no different now, as more than forty percent of parents (40.8%) claim their kids buy in-app additions without their consent. Educating the kid is the best way to stop accidental purchases, according to a majority of parents (50.7%). While fingerprint or password locking is the right way to go for more than one-third (34.8%), 23.4% rely on one or the other parental control apps to prevent unwarranted purchases. Only a small minority — 7.2 percent — would go as far as to unlinking credit cards to avoid unauthorized charges.

HAVE THE PARENTS BEEN REFUNDED IN CASE OF ACCIDENTAL PURCHASES?

Shockingly, more than six in 10 parents (60.6%) reveal that they’ve not requested a refund in case of unauthorized billings on in-app purchases. More than thirty percent (30.4%) admit getting a refund swiftly after filing a request. Meanwhile, nearly one in 10 parents (9%) have still not received their money back.

Reporting the problem on Google Play or App Store is the best bet to get your money back, according to a majority of parents (53.6%). While 34.9% think it is better to deal with the bank directly, 21.4% of parents prefer contacting the developer(s) of the game to ask for refunds. On the other hand, a small minority of 7% wouldn’t mind going as far as to file a lawsuit to reverse the charges.

WHAT ARE THE TOP-EARNING MOBILE GAMES FOR KIDS?

Among the parents that polled in favor of in-app purchases, 31% of them admit their kids spent money on popular battle royale game Fortnite, for buying the game’s virtual currency V-Bucks. For the uninitiated, the V-Bucks in Fortnite can buy you new outfits, weapons, emotes, and more.

The report is based on a survey, conducted between February 20-29, 2020, involving 2000 parents in the US with children between the ages of 6 and 15. The objective of the survey was to understand what parents think about freemium mobile games and the in-app purchase system that come along with it. The responses to the survey were collected without storing any personally identifiable information of the involved respondents.