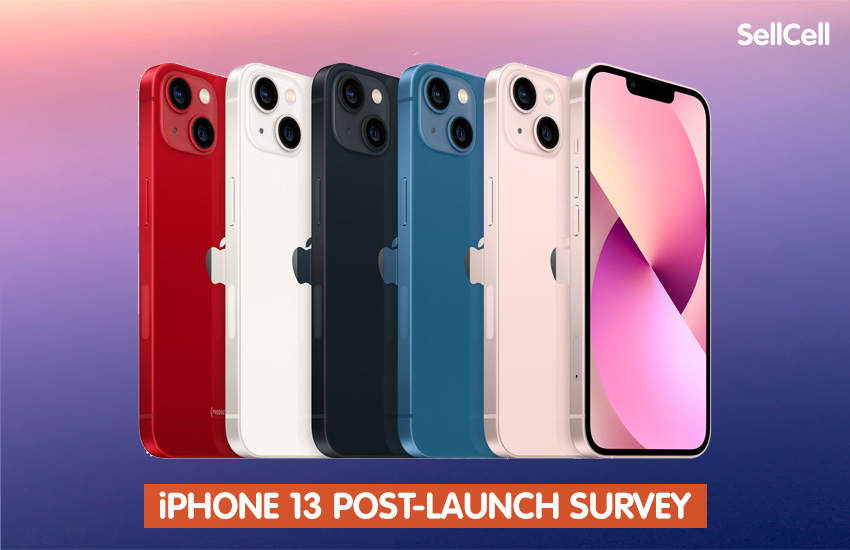 An overwhelming 64% of Apple users think the new iPhone 13 lineup is “not very” or “not at all” exciting, the survey reveals.

Despite being an incremental upgrade over its predecessor, the new iPhone lineup boasts a few firsts for Apple, with the Pro models featuring a 120Hz ProMotion display and 1TB storage option.

Now, as Apple ships the first batch of iPhone 13 preorders, we collected responses from more than 5000 iPhone users with an older model on what they think of the new lineup, whether they intend to upgrade, reasons why they are or are not making the switch, and more.

Note: The survey included more than 5000 iPhone users, aged 18 years or older, based in the US.

We asked iPhone users to rate on a scale of 1 to 5 on what they think of the iPhone 13 line, and the responses were:

Nearly a quarter intend to upgrade to iPhone 13; purchase intent down 20% from pre-launch levels

When asked whether they intend to upgrade to any of the new iPhone 13 models, the responses were:

As a follow-up question, we asked potential buyers (respondents who answered ‘yes’ to whether they would consider the upgrade) which of the four iPhone 13 models they would choose when they upgrade, and here are the results:

We further asked the same set of prospective buyers (respondents who said ‘yes’ to whether they would consider iPhone 13) to pick the main reason why they plan to switch, and the responses – in order of the votes received – were:

A high refresh rate display has consistently ranked among the most wish-listed features of iPhone 13 in our previous surveys. And so this should come as no surprise: A little over 34% cited the inclusion of a 120Hz ProMotion display on iPhone 13 Pros as the primary reason why they intend to upgrade.

Meanwhile, more than a quarter (25.3%) of Apple users are upgrading, not because of some innovative new feature, but simply because of the longer battery life of the latest iPhone range. Apple claims that iPhone 13 Mini and iPhone 13 Pro will fetch you an additional 1.5 hours of usage on a single charge, while iPhone 13 and iPhone 13 Pro Max will last 2.5 hours longer than their respective predecessors.

15.7% have no particular reason for upgrade besides replacing their aging iPhone with a new one, whereas more than 1-in-ten (10.5%) upgraders are locked into some yearly upgrade/trade-in program that lets them buy a new iPhone at a discount.

5.4% are impressed with the new camera features such as Cinematic mode that can shoot movie-style videos with shallow depth of field and automatic focus adjustments, but 3.2% and 2.6% respectively noted 1TB storage option and faster A15 processor as deciding factors.

Among the least popular purchasing factors were the reduction in notch size (1.5%), availability of new color options like Sierra Blue (1.1%), and support for dual eSIMs (0.6%).

When the remaining iPhone users (respondents who answered ‘no’ when asked whether they would consider an upgrade) were asked about the reason why they won’t upgrade to iPhone 13, the responses – in order of votes received – were:

Nearly three-in-10 (29.3%) Apple users who are not interested in iPhone 13 cited lack of Touch ID as the main reason they won’t upgrade.

Among the same set of respondents, around two-in-10 (19.5%) think the iPhone 13 has no groundbreaking new features to warrant an upgrade, while another 12.1% said their current iPhone works fine and don’t feel the need to upgrade.

Meanwhile, smaller shares of 2.9%, 2.4%, and 2.1% say the main reason holding them back from switching to iPhone 13 is the lack of a USB-C port, limited color options, and absence of reverse wireless charging, respectively.

Interestingly, 1.7% of them won’t upgrade because of the superstition that the number ’13’ would bring bad luck (triskaidekaphobia).

Only a mere 1.4% are concerned about the lack of the highly-anticipated satellite communication feature, whereas an even smaller 0.8% are bothered by the lack of rumored WiFi 6e connectivity.

Of those not upgrading, 37% will wait for the launch of the iPhone 14 before making an upgrade decision

When the same set of respondents – who said ‘no’ to buying iPhone 13 – were asked about their smartphone upgrade plans, the responses – in order of votes received – were:

Nearly four-in-10 (36.8%) Apple users not buying the iPhone 13 are willing to wait for the launch of the iPhone 14 next year before making an upgrade decision.

Almost one in three (32.3%) intend to stick with their current smartphone for two more years before considering an upgrade.

16.1% said they plan on switching to an Android phone, whereas 11.3% will instead get an iPhone 12 or older model.

The remaining 3.5% have not yet decided on their smartphone upgrade plans.

Google, and NOT Samsung, is the most preferred brand among Apple defectors

Next, Apple users who are switching to Android were asked which brand they are considering for their next smartphone purchase, and the responses – in order of votes received – were:

Interests in other new Apple products

Besides the iPhone series, Apple refreshed its entry-level iPad lineup with two new models: a $329 10.2-inch iPad and a $499 8.3-inch iPad Mini and its smartwatch lineup with the launch of the Apple Watch Series 7.

The new 10.2-inch iPad is an incremental upgrade with a 20% performance bump (A13 Bionic), True Tone display, 64GB base storage, and a 12MP front camera.

With both iPads up for sale at Apple stores and other retailers and the Apple Watch Series 7 preorder date fast approaching on October 8, we asked more than 5000 Apple iPhone users whether they intend to buy any of them, and we found out:

According to the survey, less than a quarter (23.2%) of Apple users are looking to replace their older iPhone with a brand new iPhone 13.

The new figure indicates a 20.5% decline in purchase intent compared to a pre-launch survey published two months ago.

If this is any indication, the new iPhone 13 range may have failed to live up to the pre-launch expectations for a majority of iPhone owners, who were expecting significant additions like under-display Touch ID, always-on display, and notch-less design.

Another interesting aspect of the survey is that a relatively higher share of Apple defectors would prefer switching to a Google Pixel phone (45.1%) over a Samsung Galaxy phone (41.8%).

In contrast, Samsung (46%) emerged as the top favorite brand among Apple switchers in a brand loyalty survey published in March this year, followed by Google in the second spot with 35% votes.

A possible reason for this change in brand preference could be the hype surrounding the upcoming Google Pixel 6 lineup, which is set to come out with a major design overhaul and an in-house Tensor chipset.

The report is based on an online survey – conducted between Sept 23-30, 2021 – involving more than 5000 Apple iPhone users, aged 18 years or older, based in the United States.

The motive of the survey was to find out what existing iPhone users think of the new iPhone 13 series, whether they intend to upgrade, reasons why they are or are not making the switch, and more.