Broadband connections have become extremely important these days. So much of what we do relies on high-speed Internet that one can just not afford to settle for anything other than the best. From homes to schools to high-end businesses and corporations, fast broadband Internet has become the need of the hour everywhere. 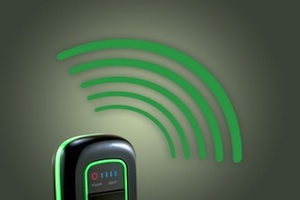 With the increased popularity of broadband has come a deluge of providers onto the market. This can cause confusion for those not experienced in buying broadband. It has become difficult to decide how to get the best broadband deal?

In this article we will look into the different elements that affect an Internet connection’s speed at your workplace or in your home. We will first take a look at broadband advertisements so we can see through the smoke and mirrors.

When a user is investing in a new broadband connection, the speed of the Internet is probably the biggest deciding factor. However, the problem lies in choosing who to trust when it comes to speed? Are advertisements worth trusting? Are the claims of Internet service providers trustworthy? Is hearsay good enough to base your decision on? Or will one have to do an extensive primary research and run a speed checker comparison across different Internet service providers?

Most broadband connection advertisements have two little words written in front of their package deals. Many might ignore these two words but they determine a lot. The two words are “up to” and wherever they are used you can be sure that the speed will likely be much lower than the one promised. This is because “up to” means that the said speed is the maximum speed the Internet connection can run and not necessarily the actual speed provided to you.

Advertising rules now mean that a minimum of 10% of internet users should get the “up to” rate advertised by a provider. That means that 90% of people buying the package may get a little less, or a lot less.

Ofcom expects service providers to give a realistic range of speeds that is acceptable for their use. Some providers are now offering a speed checker on their websites so that consumers can get a more realistic picture of the likely speed they will actually receive. This will factor in distance from the exchange and some of the other variables we will look at below.

Reasons for disparity between advertised and actual speeds

One: ADSL broadband speed and distance from the telephone exchange

One of the major factors that determines the speed of your broadband is the distance between your landline and the telephone exchange. The greater the distance, the lower the speed of the Internet, and, conversely but logically, the lesser the distance, the better speed you will receive. However, this rule doesn’t apply with fibre-based connections. It is only applicable to broadband that are supplied over landlines using the copper cabling of the BT network

Fibre optic broadband connections are different and don’t depend on the landline and exchange distance. They are also speedier and more reliable but the downfall is that they tend to be more expensive too. With fibre to the cabinet connections the “last mile” between the street level cabinet and the home is normally over copper cables, therefore the further you are from the cabinet on these connections the more the loss of speed. It should be nowhere near the loss on ADSL though as the cabinet is normally pretty close.

People who live in urban areas are more likely to get fast ADSL speed than those living rurally. This is because major cities have more telephone exchanges, which means the distance between the exchanges and ones home is averagely less.

Nowadays, quite a few broadband Internet providers use traffic management. Traffic management is used to manage networks at peak times, when there’s too much bandwidth usage on a line. This normally applies to heavy users, and those users who have exceeded their data limit. There are companies that give more importance and better speed to users who have purchased more expensive packages so if you really need high-speed Internet you might want to invest in an expensive package, or at least find out about your provider’s traffic management policy. At the end of the day, it all depends on your use and how important high-speed is to you.

Three: The number of users

If you have an Internet connection with several people using it, you really can’t blame the service provider. Your speed is being shared among different devices and different users. Try to do your most intensive activities when it is just you online. Super fast connections can normally handle multiple users, but if you have below 15Mb speed then you may notice dips in performance when other people jump on.

The condition of your phone line and your broadband equipment will also determine the speed of your Internet. The better the condition of your equipment and phone, the stronger your Internet speed will be. So ensure that your equipment is in a good state before you point the finger towards the service provider. Chances are that they might be giving a decent speed and the problem faced is routed at your end.

Internet speed varies at different times of the day. It might be a little slow during the morning or in the evening when office hours are over, but it might be blazing fast in the wee hours of the morning when most people are asleep. The commonly quoted peak time is 6pm to 11pm and Internet speed is usually slower during this period.

The website you’re surfing can also affect speeds. The heavier the content on the website, the more time it will take to load. If there are lots of people on the site at the same time as you this can also put strain on the servers and slow performance. You often see this with sites that have just had a referral from someone prominent on TV.

Sam Jones found an online speed checker when his internet appeared to slow right down. He decided to change his provider when the problem continued and got a great deal by using uSwitch.com