According to our survey, a lot of you have flirted by text but how many of you have sent suggestive texts or even coordinated adultery by text? 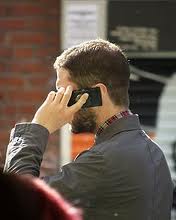 Have you ever had a few drinks too many and picked up your phone to make that regretful call or text that you would never dream of making if you were in a sober state?

Well, we decided to ask 1,000 anonymous people 3 questions, and all we wanted from them was their age so we could fit them into an age bracket.

The questions we asked were:

Have you ever used a text to flirt with someone?

Have you ever sent suggestive photos via text?

Have you ever committed adultery via text?

The first question we asked was have you every flirted by text? A massive 76% of the 25 – 29 group said they have flirted via text.

It was the same group that also took the second question when 58% of the 25 – 29 year old group said that they had sent suggestive photo’s through text.

36% of people in the 25 – 29 category have also claimed to have coordinated adultery via text.

Check out the full table below: