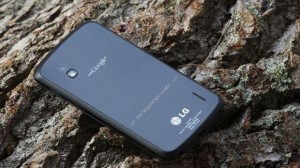 This is certainly one of those news stories that makes you think back a few years to the time where that Apple iPhone 4 was “accidentally” left in a bar. At a time where the iPhone4 hadn’t yet been publicly released. However, in the news this time we have the Google Nexus 4 becoming the star of the show.

Apparently, last month a bartender in the 500 club in San Francisco found a phone that had been left unattended and unclaimed. The bartender realized that this phone hadn’t been released yet, and on the back of it were the words “Not for sale” indicating this wasn’t a “normal” phone. Was this staged by Google or was it a genuine mistake?

Doing the right thing, the bartender called up Google to let them know that someone had left the phone in the bar. The bartender, I don’t think quite expected the reply he got, it wasn’t a “ohhh thanks for letting us know this, please keep the phone out of the public eye, here is a free phone” instead he was threatened by Google, and lied to, in order for them to get the phone back.

In the end Google got their phone back, and offered two free phones to the bartender to keep him quiet.

I’m no rocket scientist, but I’m taking a guess here, that as I am writing this blog post the promise of free phones wasn’t followed up.

One bit of advice to any person working in a position like this: don’t go drinking when you have in your pocket a phone that hasn’t been launched yet.