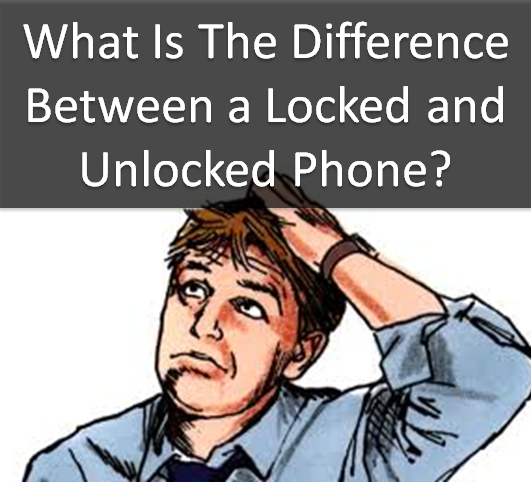 Understanding exactly what it means to have a “locked” versus an “unlocked” smartphone is almost as confusing as unlocking the device itself. Smartphone users looking to unlock their devices will quickly find the internet to be chock-full of questionable sites offering to sell them codes promising to unlock their phones.

But does your phone need unlocking? How would it benefit you? And what, explicitly, does it mean to have your phone unlocked? Read on and you’ll understand what it means, in addition to the benefits of unlocking your smartphone.

Much of the hoopla surrounding smartphone unlocking began when the Library of Congress decided not to renew a provision of the Digital Millennium Copyright Act. The provision previously made it illegal to unlock a phone without the consent of a carrier. With these newfound liberties, a rush of smartphone users began looking to take advantage of them.

So, what is a locked versus an unlocked device?

Simply put: Unlocked GSM devices are capable of accessing cellular networks in addition to that of their original carrier. Providers who use GSM networks include AT&T, T-Mobile, and the majority of European, Asian, Canadian, African, and Latin American providers.

Providers require retailers and manufacturers to put software “locks” on their phones to assure users use their network only, but with the proper code, and the use of a secondary SIM card, these locks can be bypassed.

This means if you’re overseas or in an area otherwise outside the coverage area of your primary cellular provider, an unlocked device can access the GSM networks of other providers. 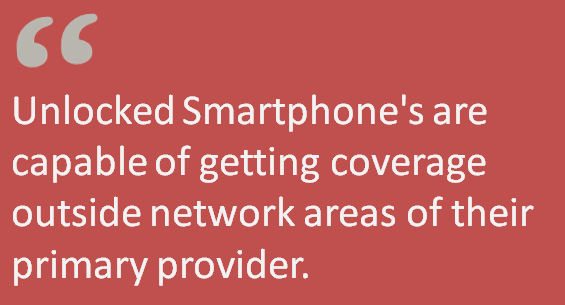 Phones which do not use GSM networks (Sprint and Verizon phones, for example) cannot be unlocked to access multiple networks, and devices which are LTE capable will experience slower internet connectivity on secondary networks.

What Does This Mean For You?

By popping in a SIM card of another GSM operator, unlocked smartphones are capable of getting coverage outside network areas of their primary provider. If you’re interested in unlocking your smartphone, visit your carrier and find out if your phone is unlocked and uses a GSM network.

If your phone isn’t capable of being unlocked, for whatever reason, consider making the necessary shifts when your contract is up with your current provider. Whether you’re stuck in the Alps or your backyard gets terrible coverage, an unlocked phone is a wonderful thing to have around.