I don’t think that this news is really a surprise to many of us, as we expected that the Samsung Galaxy S4 price tag would under-cut that of Apple’s iPhone 5, as they continue their confrontational battle to be the best of the best in the Smartphone world. 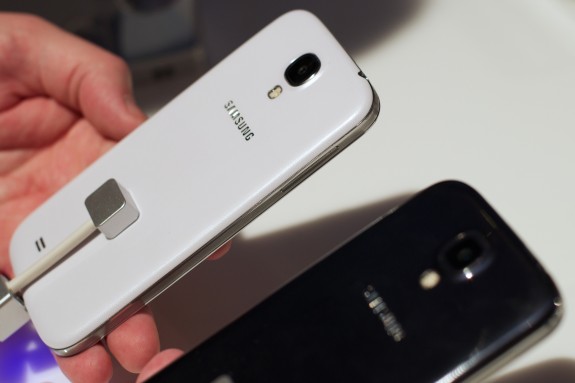 For those of you looking for the contract prices, then unfortunately there has been no formal statement from Samsung, but now we know the off-contract prices we can take a good stab at the prices that will be offered by carries such as AT&T, Sprint, Verizon and T-Mobile.

The phone will carry a two-year contract deal, and you can expect to pay around the $199 mark for the 16GB version of the handset.

Will you be getting the Samsung Galaxy S4 when it is released? Or are you in Apple’s camp?