We have seen tablets, Smartphone’s and Phablets make their way into the market of late, but you will be blown away by the products that have been announced by ASUS at this year’s Mobile World Congress in Spain. 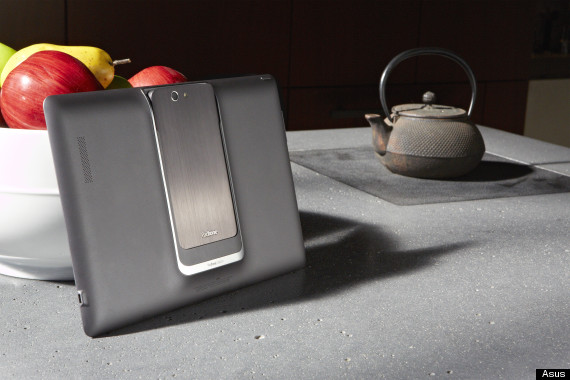 The gadgets include a 7-inch Fonepad (cell phone), the PadFone 2, and the PadFone Infinity. The PadFone infinity is an Android phone which then docks inside a tablet, and they both offer some high-end specs.

The Infinity phone can reach display resolutions of up to 1920 x 1080 on its 5-inch screen, and boasts a quad-core Snapdragon 600 processor and a 13-megapixel camera.

Measuring 10.1-inches the docking system packs a 1920 x 1080 display and runs on a spate battery to the phone.

To get the ASUS Infinity you will need to part ways with just a little over $1,200+

If the above model is too much and you want a low-cost alternative then one of the other gadgets that ASUS showcased today is the FonePad which is really a tablet but does work as a cell phone. I say it’s a tablet because the screen size is 7-inches! So it will be like using a Google Nexus 7 to make calls.