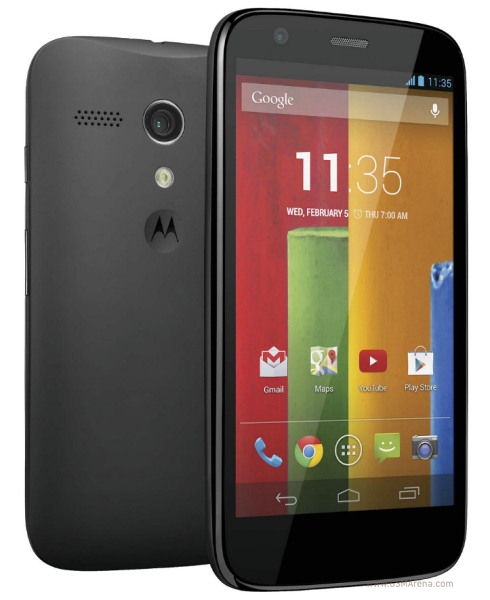 In years past, if you were releasing a smartphone that you wanted to get people all over the world talking about, your chances for success were slim to nil if your product wasn’t called some variation of the term “iPhone.” It seemed for a while that only Apple would be able to release a product that was truly revolutionary onto the market place.

Times have definitely changed as more and more companies are making strong progress in that regard. One phone that has gotten a lot of media attention and hype in recent weeks is the Moto G, thanks to its low price tag and top-end specifications.

If the Moto G has one singular positive trait it is undoubtedly the unit’s price. The Moto G has a feature set that you would expect from top of the line smartphones like Apple’s own iPhone 5S. However, the price is significantly cheaper than those other smartphones despite the presence of some more advanced technical specifications that will make it very attractive to users. The unit has similar cellular connectivity, size, display technology, voice activation features and other characteristics that make it virtually indistinguishable on paper to a wide range of competing devices. 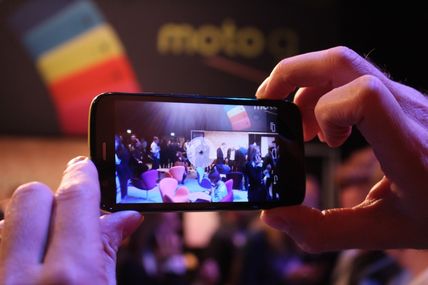 In an already crowded technology marketplace, Motorola seems to have found the one sure-fire way to stake a claim on the hearts of consumers everywhere. If you drive the price down low enough, people may think twice about brand loyalty to a company like Apple.

Despite the fact that the price of the Moto G is inexpensive compared to the vast majority of competing devices, the company certainly hasn’t cut any corners when it comes to design. The unit is comparable in size to the Moto X, though it is slightly larger for a few different reasons. 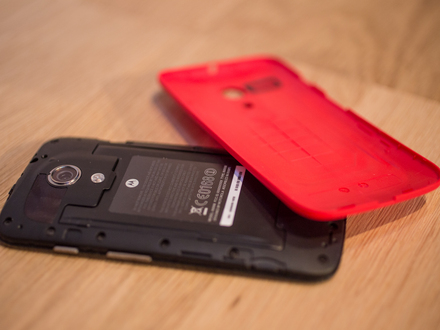 The Moto G is a bit thicker than the Moto X, for example. The curved back and sides of the unit feel very comfortable in your hand. The glass that marks the touch-screen interface on the front of the device wraps around the front, giving you as much screen real estate to work with as possible.

The few buttons on the side of the device that do exist are all made of hard plastic that prevent them from feeling as cheap or as flimsy as you would expect from a device this cheap.

The hardware inside the Moto G is very similar to that of many competing smartphones. The display is a 4.5 inch LCD panel with a resolution of 1280 by 720 pixels. The resolution is very similar to that of most smartphones of its size that aren’t powered by Apple’s retina display. For the vast majority of all users, the 720p high definition resolution will be more than enough at close viewing distances. Only those who demand to watch true high definition video content while on the go may wish for a higher pixel density. 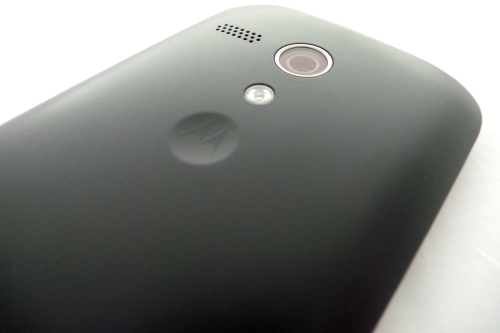 The unit also includes one gigabyte of LPDDR2 RAM, which is slightly lower to the two gigabytes found in Motorola’s own Moto X. The unit supports the Bluetooth 4.0 and 802.11b/g/n Wi-Fi profiles. With regards to storage, the unit is available in two models: one with eight gigabytes and one with sixteen gigabytes. All users also get an additional 50 gigabytes of Google Drive cloud-based storage space for two years. The unit runs on the Android 4.3 operating system, which support for the 4.4 operating system (to be released in 2014) already in place. 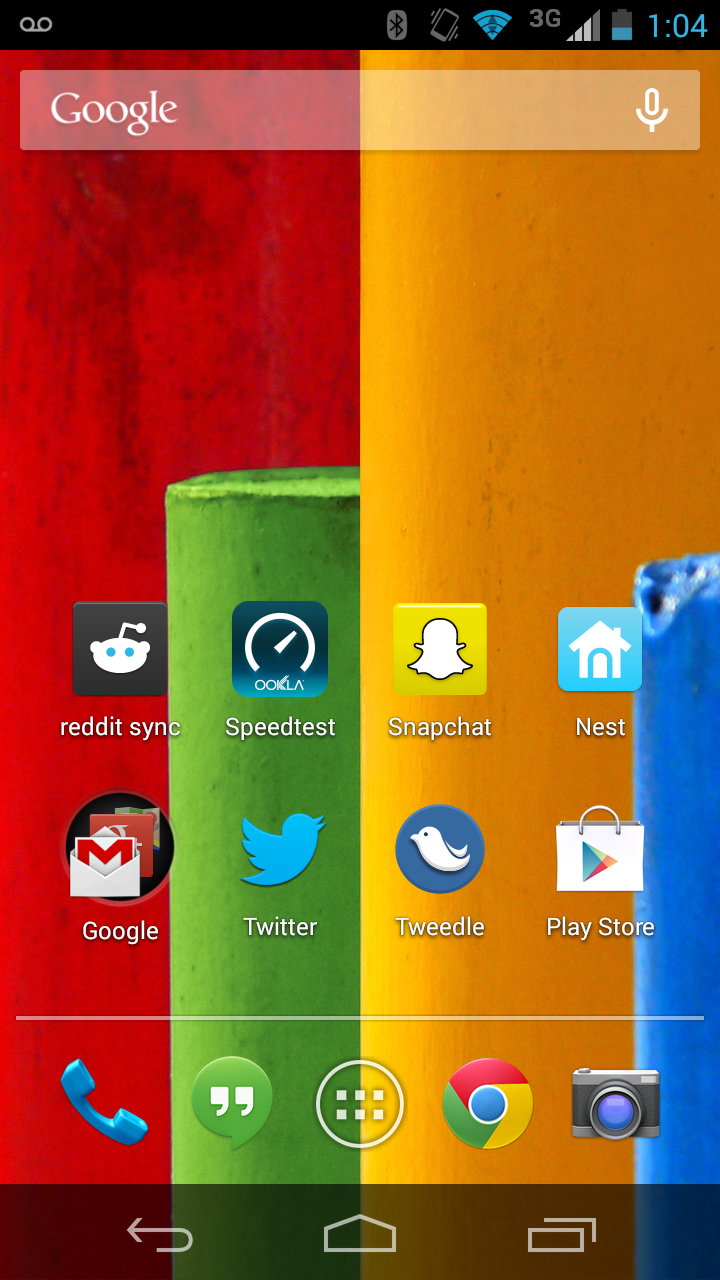 As with many Motorola phones, the Moto G only comes with a few basic applications pre-installed at the time of purchase. Motorola Assist is an application that allows you to configure a “silent mode,” similar to the “Do Not Disturb” mode found on the iPhone. Additionally, an FM radio application and an application designed to run the phone’s rear-facing camera also come pre-installed on the device. Another feature that comes installed in the device at the time of purchase is Moto Care, which is designed to help you move things like SMS text messages, MMS video messages, contacts and media files over from one Motorola phone to another.

Additional features are expected to be added with the release of the updated Android operating system and through firmware upgrades in the future. The software on the phone is basic compared to its top quality cousins like the Apple iPhone, but it comes equipped with more than enough to get the job done for most basic users.

Video Review of the Moto G

The eight gigabyte version of the Moto G runs at just $179 with no contract. The 16 gigabyte version runs at $199 with no contract. If you’re looking for a high quality smartphone with a great deal of useful features that won’t become obsolete the moment you take it out of the box, the Moto G is one of the only true options you have available to you.

With a price point that cheap, you’ll already feel like you’re immediately getting your money’s worth. When you realize that you don’t have to sign up for a two year service contract at the same time, you’ll begin to realize just what a tremendous value Motorola’s little device really is. If you’re just looking for a basic device that doesn’t have a large number of flashy applications like the iPhone, the Moto G has quickly become the king of the competition in that regard.