Despite the unfortunate events of yesterday, when mother nature in the form of Hurricane Sandy battered the East Coast relentlessly, we have still seen Google unveil their new products.

Yesterday the planned Google Android event was cancelled as a safety measure in the wake of Hurricane Sandy, however a Googler by the name of Andy Rubin (Mobile Chief) has published a blog post detailing what devices have been announced, and more importantly the prices of each of these new Google products. Let me say this, the prices don’t disappoint! 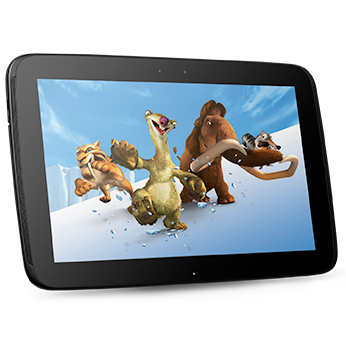 There are some really cool products which I have listed below for you:

There will be the much anticipated Google Nexus 4 in partnership with LG which will be available in the U.S., U.K., Australia, France, Germany, Spain and Canada on November 13th. I think the biggest temptation with this exciting new phone is most definitely the price, along with the fact that it will come unlocked and without a contract.

I actually can’t believe how cheap they are selling for:

Moving on to the next product announcement, which just so happens to be the new Nexus 7 32GB with mobile data, this will go on sale in U.S., U.K., Australia, France, Germany, Spain and Canada on November 13th.

Again, the price is impressive:

Finally Google have also been busy working with Samsung on a 10inch version of the Nexus 7, any one guess what it’s called?

The Google Nexus 10 will be launched in November as well, and will be available to residents of the U.S., U.K., Australia, France, Germany, Spain, Canada and Japan. Slightly higher in price as expected so you won’t be getting the same bargain as the Nexus 4 here.