We all get very excited here when we see something futuristic and interesting in the gadget world, and well, the excitement becomes too much that we have to share it with you. 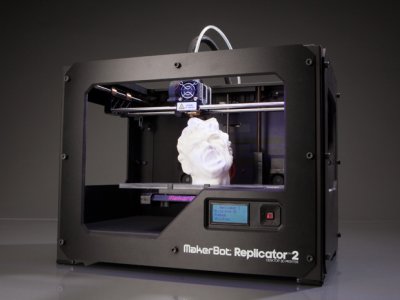 What we have here is the MakerBot Replicator 2, which has been created by the Brooklyn-based MakerBot Industries who have been in the business of selling desktop 3D printers since 2009.

The Replicator 2 is the latest bit of kit that they want to show us.

So what is it then?

Essentially, it is a 3D desktop printer, dubbed as the best 3D printer on the market today.

With a resolution capability of 100 microns and a massive 410 cubic inch build volume, this beast could be the easiest, fastest, and most affordable tool for making professional quality models.

So guys and girls, if you have a spare $2,199 lying around, or you are in the construction/design industry and could really do with a desktop 3D printer to help you create models. Then here you have it, the Replicator 2 from MakerBot.