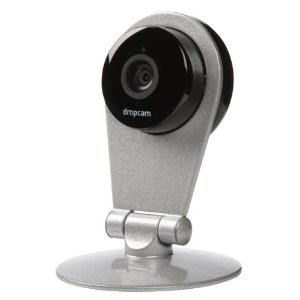 Data logging is at the heart of most practical investigations in a range of school/college subjects. Until recently, data logging was always performed manually using dedicated pieces of equipment (e.g. a thermometer, colorimeter, video camera, inclinometer, accelerometer, etc). However, an iPhone now provides an astonishing amount of versatile technology that can be harnessed for use in scientific investigations. With the appropriate app, an iPhone or iPad can operate as a mobile sensor, data logger and data analyser. Here are five apps that every teacher should be aware of:

iSeismometer uses the 3-axis motion sensors on the iPhone or iPad to register movement; the smallest of movements are detectable and displayed as a graph. The science of earthquakes can be explored by getting a class to jump in unison on the floor (thereby simulating an earthquake), jump at different distances from the iPhone (exploring the idea of an epicentre) or throw different weights onto the floor (allowing discussion of the Richter scale). The app allows the data to be exported in Excel format which can subsequently be plotted as graphs and analysed in detail. The app is customisable and allows sensitivity adjustments to be made and for real earthquakes to be reported.

Flight Data Recorder lends itself to physics and engineering lessons, where recording motion data is all important. When activated the app records all altitude, longitude, latitude, direction and speed data. Flight Data Recorder is perhaps most useful on an iPhone device due to the more portable nature of a phone. Creative uses for this app include placement of the phone onboard a class-built buggy or even a mini hot air balloon (just remember to tether the balloon, otherwise you risk losing the phone!). The data gathered can be displayed by the app as a graph, allowing further discussion and analysis by the class.

Coach’s eye is a great app for analysing physical or sporting performance. The app allows an editable video recording to be made of a golf swing, running gait, martial arts kick, swimming stroke, etc. Once recorded the video can be advanced a frame at a time using the flywheel feature and annotations (arrows, circles and lines) can be drawn over the top, along with an audio commentary. The edited video showing the analysis can then be displayed to a class … or even better students can be asked to record and edit their own footage, displaying their analysis to the rest of the class in group presentations. Coach’s eye is an outstanding app for any lesson requiring assessment or coaching of physical activity. The app costs only a few dollars whereas specialised dedicated equipment would cost thousands – reason enough to use an iPhone or iPad in teaching!

Theodolite uses the iPhone or iPad’s accelerometer and gyroscope to act as a surveying and mapping tool. The app uses augmented reality (AR) to superimpose a graphical display on top of the view displayed on screen by the camera; a range of measurements can be seen at a glance including angle, azimuth, bearing and elevation – making this an extremely versatile instrument for field surveys. Theodolite also allows both distance and height calculations to be made (if distance to an object is known, height can be calculated and vice versa). The measurements made by the app are fairly accurate, although it does sometimes require a couple of attempts before it locks onto the object being surveyed. It is possible to share the information gathered via Google Earth KML files or Google Maps links, allowing more detailed processing and display of data.

iNaturalist is a great app for teaching biology and environmental science. In essence it provides a means of recording the geolocation of a species while out in the field. However, there is a great deal more potential available for those who explore the more advanced features. For example, photographs of a species can be uploaded and group projects set up which extend across a network of observers; students can be set a homework task to record certain species in their own neighbourhood and the results then collated from the class – ideal for studying the distribution of endangered or invasive species and the impact of climate change or seasonal migration.