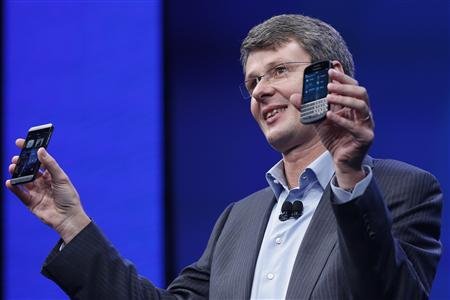 The BlackBerry Z10 was debuted a few days ago in what was an exciting event that showed us a brief look at the hardware and software behind their new flagship phone. The question is, can this device take on the iPhone?

Ok, so to begin with I wanted to give my impression on this new phone, and after tuning in to the New York conference I was actually gripped at some of the features that BlackBerry have, a lot of which are great for those who love to multitask.

They have a busy year if they want to catch up in the Smartphone race, and to be fair to them they have come a long way in the last 12 month if you compare January 2013 with January 21012. We almost wrote them off for good at the end of 2011.

Looking at the BlackBerry Z10 I don’t think it will be pulling away any devoted Android or iOS users, but they have what they need. They have a Smartphone  that will benefit both your consumer and professional. 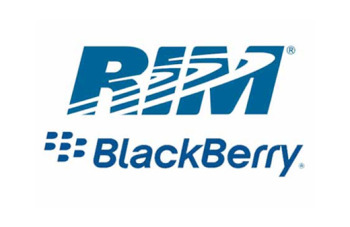 Apart from the fact that Alicia Keys became BlackBerry’s new Global Creative Director there was also a shock announcement at the beginning of the event. Thorsten Heins announced that RIM was being retired in favor for the household name of BlackBerry.

Smart move. Especially as not many people know who or what RIM actually is.

Is This An iPhone? 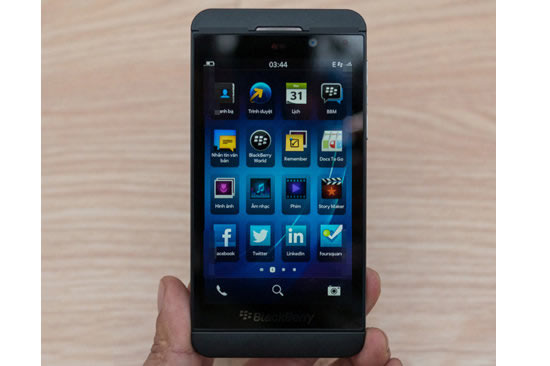 It certainly resembles the cult phone doesn’t it?

However, that is where the similarity ends as far as I am concerned, as when you get to hold the device it’s a completely different experience.

Thorsten Heins commented on the material used for the back of the Z10 and said that the lightly textured finish makes the phone much more comfortable to hold. 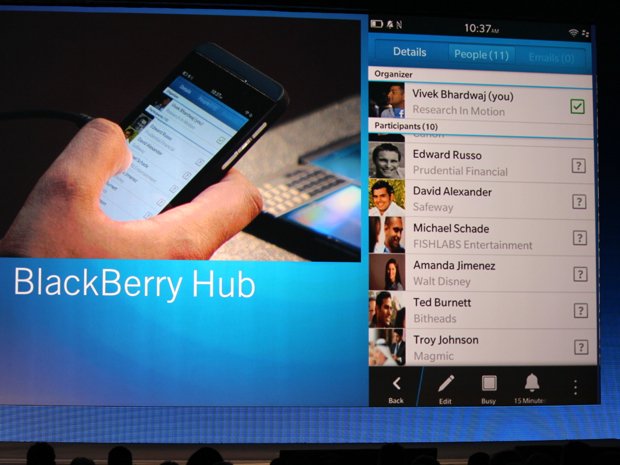 This is my favorite feature to the new phone, its called the BlackBerry Hub and acts as a universal inbox, which will allow you to see all your messages, Facebook, Twitter and other alerts in one central place. This means you can filter the view in the Hub so you can see Facebook information without actually needing to open the app, another multitasking piece of brilliance. 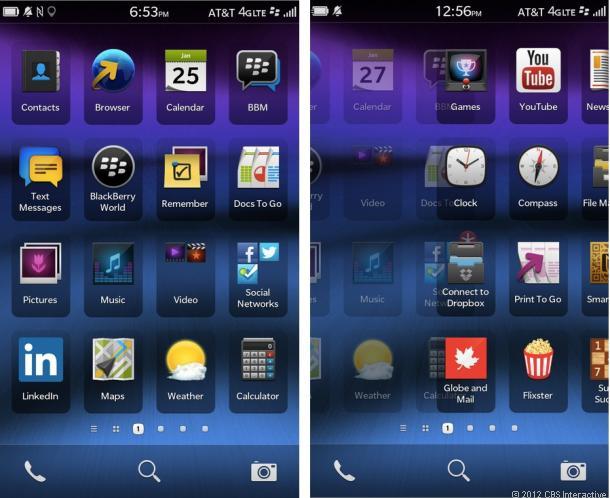 BlackBerry 10 is the other aspect of the conference that we really wanted to take a closer look at, it does seem advanced and its gesture driven which makes for a positive experience. I think that the ability to be able to remote control or remote view from one BlackBerry to another is sensational.

In the conference they linked up with the BlackBerry team in London and proceeded to share the BlackBerry screen  from the London located Z10 to the New York located Z10. The team in New York could then control, and have access to the phone from across the Atlantic. 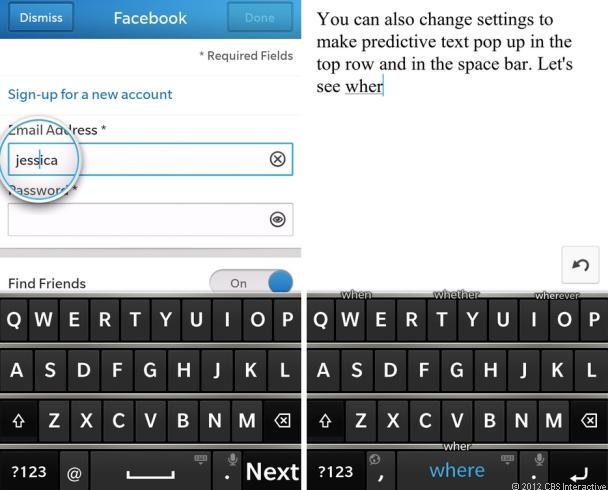 Something that BlackBerry have always be renowned for is their keyboards and the technology that they hold for them. The virtual keyboard on the Z10 is a masterpiece, it’s responsive, clean, it shows up flickable word predictions and the auto correction feature will save you a lot of time.

TimeShift Mode on the Camera

I have embedded a video of this feature as it’s much easier to watch than it is too explain via writing. The TimeShift mode on the camera will allow you to take an array of photos, which you can then look back on in a timeline format. This then enables you to pick the best photo from the selection of frames available to you.

Is it better than the iPhone? Well it’s hard to say at the moment as there needs to be more hands-on reviews of the Z10 over the next month or so, to see what its really like.  One thing is for certain, it will take a LOT to beat the iPhone.

However, on paper the device looks a good 4 out of 5.