I can honestly say that I thought I would never write a post that would be titled “Artist Recreates a Cloud, Only It’s Indoors”, but hey you never know what the future brings.

Berndnaut Smilde can control the weather from his very fingertips, and the forecast is certainly very cloudy around Berndnaut.

His latest project involves a fog machine, some temperature and humidity controls, some spectators on hand with a camera or two, and an empty gallery to recreate clouds. 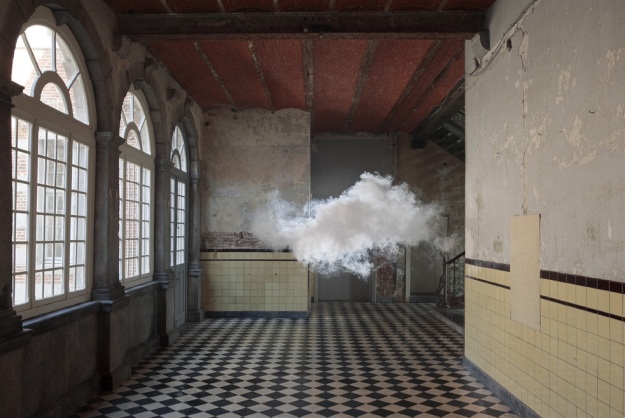 How Does He Do It?

Firstly the temperature of the room needs to be regulated along with the humidity. Once this has been sorted out the conditions in the room are right, he can then spray a short burst of fog into the room. The fog then collects in a suspended state just long enough for photos and a video to be captured, before it collapses.

Berndnaut has recreated this on a number of occasions in several different locations, one of which included a church.

Below we have got a video of him in action, preparing the room and spraying the fog into the air for onlookers to capture on camera.