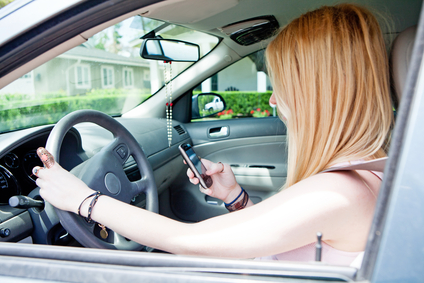 The Center for Disease Control found that distracted driving contributes to 1,060 injuries and 9 deaths daily. Smartphone use while driving – one of the most common distractions – takes your attention off of the road, creating a risky situation if road conditions suddenly change.

The Missouri Drive Safe, Drive Smart site reports that you travel the length of a football field within the span of 4 seconds, which is plenty of time for someone to suddenly stop in front of you or debris on the road to hit your car.

As texting while driving is banned in more and more regions across the United States, questions are being added to the permit tests to ensure new drivers know and understand the dangers. If you’re about the obtain your license, be sure you’ve utilized online permit study materials to help you pass your test; if you’re a parent, set an example by being informed about the dangers of texting, as discussed below.

Car and Driver Magazine tested the reactions of people who were distracted either by texting, reading a text or who were intoxicated. Distracted drivers, especially those reading texts, suffered lengthened reaction times much greater than when they were intoxicated. One way to mitigate taking your eyes off of the road when communicating on your phone is to use a hands-free system and text-to-speech applications. These apps may be built-in as a phone feature, depending on the operating system, model and wireless carrier you go through, and some vehicles have built-in Bluetooth as well.

Aggressive and reckless driving violations add points to your license if you get a ticket. In addition, texting while driving is illegal in many states so you may receive another fine on top of that. Your insurance rates go up when points are added to your license, especially if the offense is particularly dangerous, such as a red light violation. Although you can combat these a bit and show your insurance company you’re dedicated to safety by taking defensive driving courses, which may lower your rates.

Make it impossible to text while driving by putting technology to work through mobile apps. Text-Star automatically responds to incoming texts, so you don’t have to worry about people feeling like you’re ignoring them. DriveScribe is another app that locks down everything, including calls, while the car is moving. Most of these anti-texting apps turn on automatically so you don’t have to worry about activating it each time. They use the accelerometer in the phone to determine when you’re moving, and then the app blocks texts and other notifications.