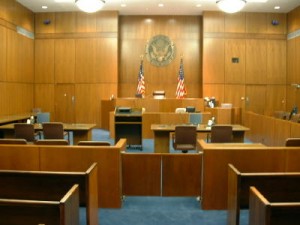 Last week Samsung were found not guilty in a courtroom in the UK, in regards to patent infringement of the Apple iPad in use with it’s Galaxy Tab device. The judge said that Apple needed to put an apology on their website, in which they did abide by.

Albeit the apology was very hard to locate on the site and if you read it you will also notice that the apology, well, there isn’t an apology!

Apple do everything apart from mention “sorry” or “misleading”, instead you will see that Apple focus on other court hearings for the same case which they won.

Not only that but Apple also focuses on some statements that were made by the judge which basically say that Samsung couldn’t have copied the design as the iPad’s design is much cooler than the Samsung design.

“The extreme simplicity of the Apple design is striking. Overall it has undecorated flat surfaces with a plate of glass on the front all the way out to a very thin rim and a blank back. There is a crisp edge around the rim and a combination of curves, both at the corners and the sides. The design looks like an object the informed user would want to pick up and hold. It is an understated, smooth and simple product. It is a cool design.” is the words that the judge actually used.

Despite this being a public apology, as I said earlier Apple do well to cover it up and hide it away on their site – but in all honesty it’s quite a funny apology and did you really expect a fully heartfelt apology from them?

No doubt this will start some Apple Vs Samsung fan wars…